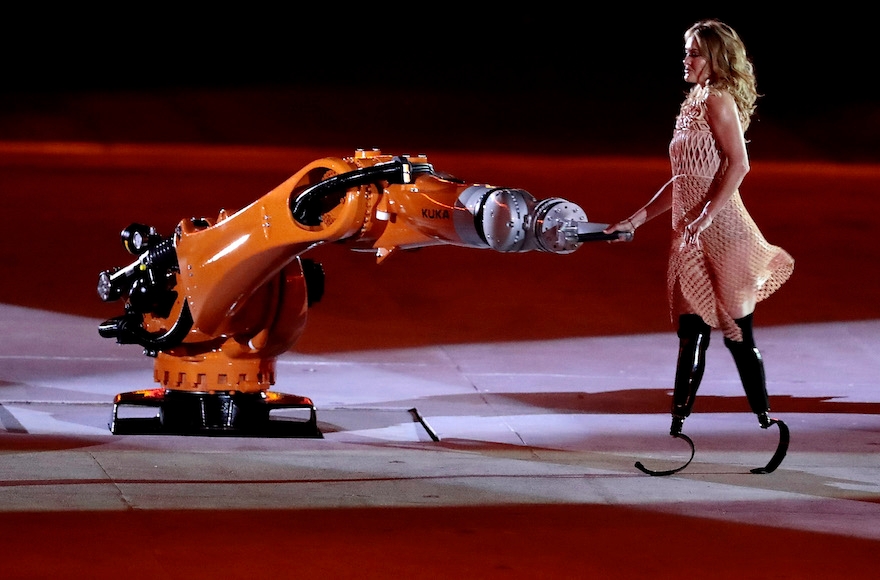 An American athlete’s dance routine during the Paralympics’ opening ceremony in Rio de Janeiro, Brazil, included both a robotic dancing partner and a 3-D printed dress made by an Israeli designer.

It took Peleg 120 hours to make Purdy’s beige geometric-patterned dress, which she printed at home.

“The whole segment is on technology,” Peleg said of the performance, according to The Times of Israel. “Using technology, Amy can dance on two feet. And she dances with a robot and in a dress that came out of a kind of robot. That all works together in a kind of organic way.”