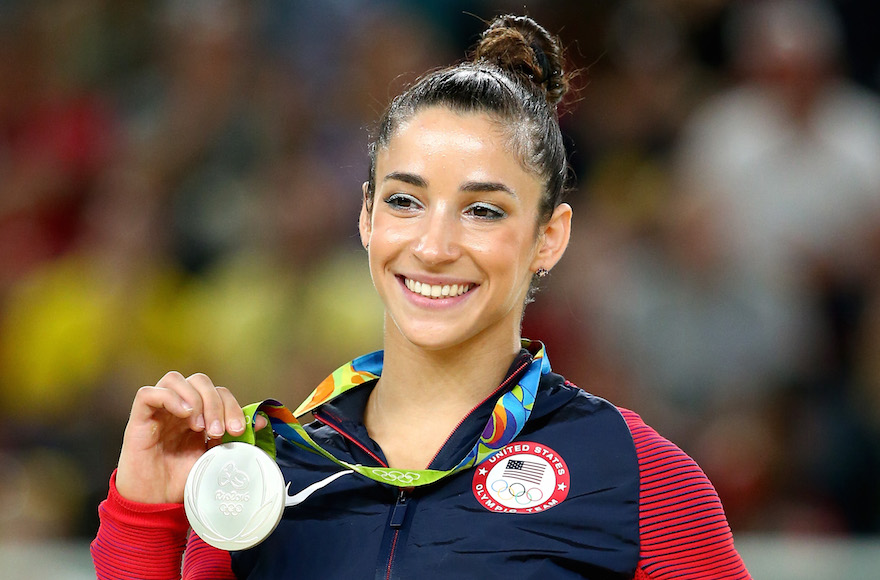 (JTA) — Three-time Olympic gold medalist Aly Raisman said she is planning to compete in the Summer Games in Tokyo in four years.

Raisman told talk show host Ellen DeGeneres on Wednesday that she plans to take a break before returning to training for the 2020 Olympics.

Raisman told DeGeneres that she keeps “getting better with age.”

Raisman, at 22 the oldest member of the U.S. women’s gymnastics team, served as its captain and was nicknamed “Grandma” by teammates.

The Massachusetts athlete appeared on the talk show wearing the three medals she earned in last month’s Olympics in Rio de Janeiro: a gold in the team all-around, and silvers in floor exercise and the individual all-around.

Raisman also won three medals at the 2012 games in London, including two golds: in the team all-around and floor exercise.