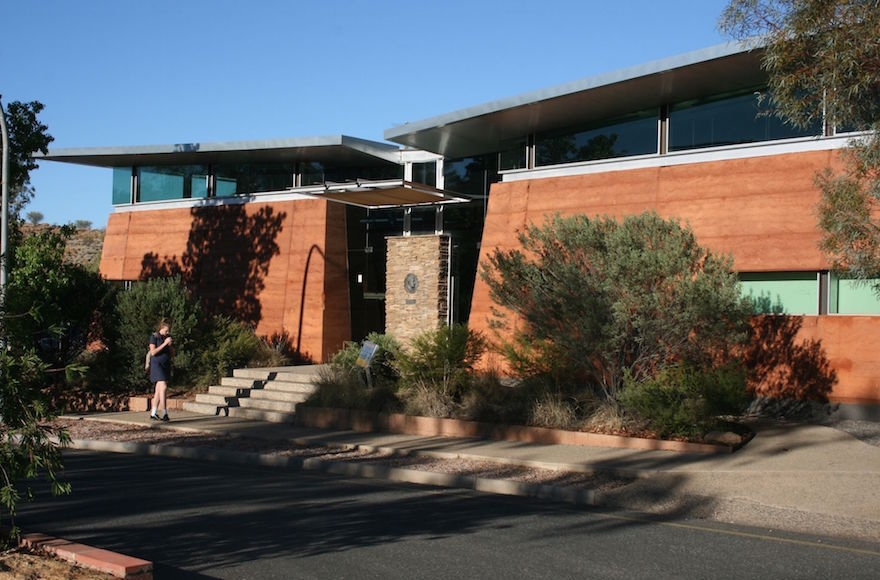 (JTA) — A private school in Australia said allowing a student to dress up as Adolf Hitler while students from a Jewish school visited was “an innocent mistake.”

The Jewish students were present at an assembly on Wednesday when the boy was given a “best dressed” award for his Nazi costume, which a teacher at the private school had given him permission to wear. Students were encouraged to dress in costume for “book week.”

A statement posted Friday on the Facebook page for St Philip’s College, a Christian school for grades 7-12 located in the country’s Northern Territory, called the incident “an innocent mistake by a teacher who is a respected, honourable and lovely person who got it wrong on the day.”

“In a busy school, this student did go to a respected staff member [and] said ‘is this OK?’ and the staff member said ‘yes,'” principal Rogert Herbert told The Australian Broadcasting Corporation. “Now she is absolutely shattered that she said that, and I’m really concerned about her well-being.”

Herbert said the exchange students and the principal from the Jewish school Bialik College accepted the apology.

“We got them together and apologized and they were fantastic, absolutely fantastic, and accepting,” Herbert said.

“I understand that no malice was intended and I guess the coincidence of Jewish children visiting from Melbourne is a learning opportunity for the community, and that the principal assures me this is number one priority,” Stowe-Lindner said.