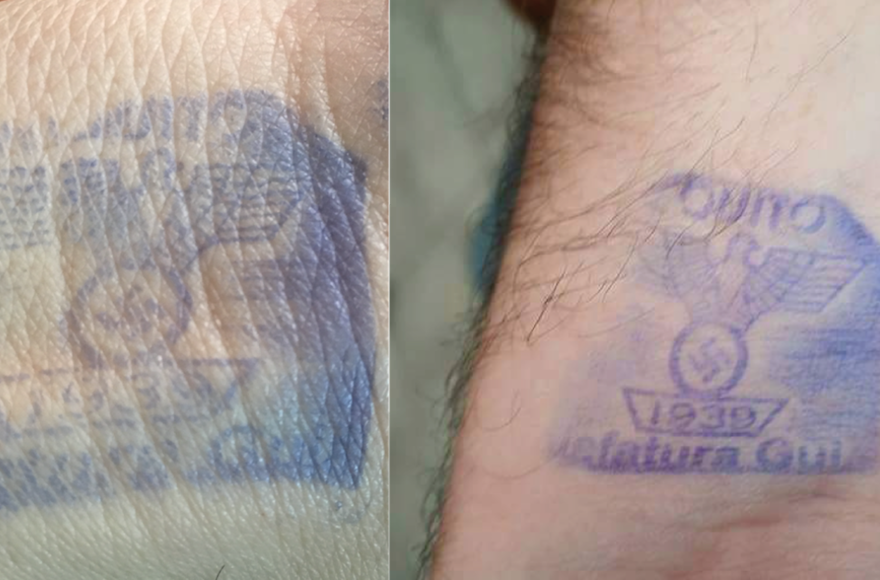 Nazi-themed hand stamps being used to mark visitors to a jail in Quito, Ecuador (Twitter)
Advertisement

(JTA) — Ecuador’s Justice Ministry said a prison warden was disciplined for negligence after it was found that guards used a Nazi-themed hand stamp to mark visitors to the jail.

The Justice Ministry also said Thursday that it fired the head of security at the prison in Quito, according to The Associated Press.

The Ecuadorean government condemned the use of the stamp after news of the practice spread on social media.

The stamp included Germany’s Nazi Party logo, featuring an eagle on top of a swastika, as well as 1939, the year World War II started.