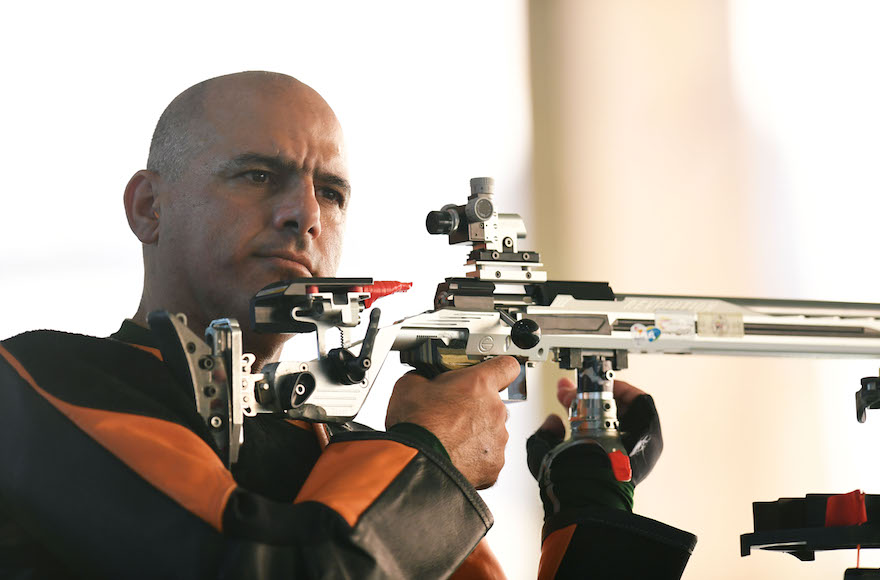 Shaziri picked up a bronze Monday in the men’s R7-50m Rifle 3 Positions, finishing third behind Laslo Suranji of Serbia and Abdulla Sultan Alaryani of the United Arab Emirates.

For Shaziri, a gold medal at the 2015 Open Championships in Germany assured him of a spot at the Rio Paralympics.

In 2012, he won a silver medal at the London Paralympics, where he was also Israel’s flag bearer at the opening ceremony. Prior to that he had won two silver and four bronze medals while competing at the 1996 games in Atlanta, 2000 in Sydney, 2004 in Athens and 2008 in Beijing.

Shaziri wears a prosthetic leg after being injured by a landmine in 1987 while patrolling the Israel-Lebanon border as a soldier. He was trying to rescue his comrades from an attack.

Three weeks ago, Israeli judokas Yarden Gerbi and Or Sasson both won bronze medals at the Summer Olympics in Rio.