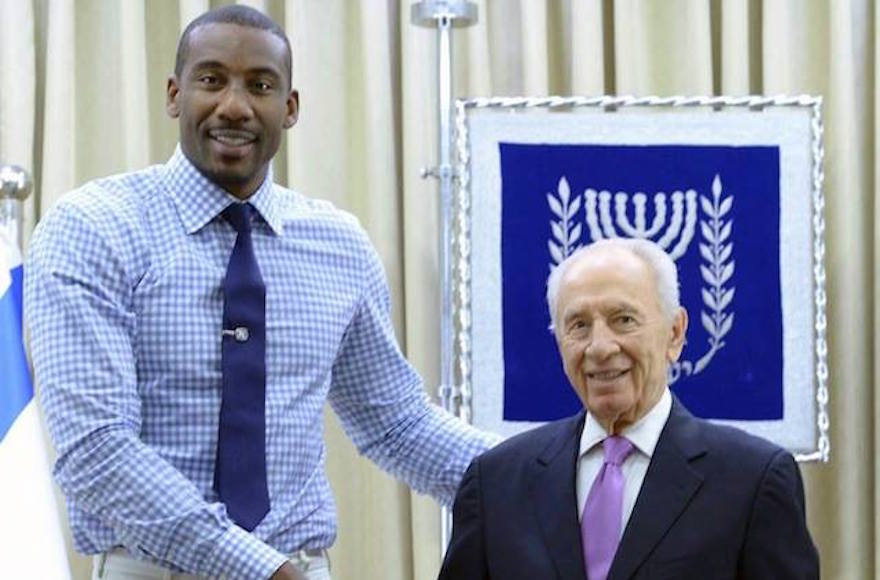 As former Israeli President Shimon Peres continues to recover from the stroke he suffered on Tuesday — he remains in stable but serious condition as of Wednesday morning — an extremely diverse group of politicians and other public figures are wishing him well.

It’s a testament to Peres’ global appeal as a symbol of peace that he would elicit get- well wishes from individuals as varied as former NBA star Amar’e Stoudemire and Norway’s foreign affairs minister. Stoudemire, who describes himself as culturally Jewish and will play on an Israeli basketball team this winter, met Peres during a visit to Israel in 2013.

Sending prayers and wishing you a speedy recovery @PresidentPeres pic.twitter.com/KNBEtmu9Jf

My thoughts are with Israel’s elder statesman S. Peres suffering a stroke. Shimon the last of Israel’s founding generation; a man of peace

Former President Bill Clinton, who worked with Peres on the Oslo Accords, reportedly called Peres’ camp multiple times on Tuesday night. Tony Blair, another ally in the peace process — he previously served as envoy for the Quartet for Middle East Peace, a multi-lateral effort to solve the Israeli-Palestinian conflict — also called to check in.

Even Russian President Vladimir Putin called, according to Peres’ spokesperson (although The Times of Israel noted that Putin’s spokesperson did not confirm what was discussed).

Here are some of the other prominent people who saluted Peres on social media.

You are in my thoughts and prayers @PresidentPeres. I wish you a complete and quick recovery. pic.twitter.com/6OL4Vz8MRa

Our thoughts and prayers are with former Israeli President Shimon Peres. https://t.co/qJQPKWE5DD

My thoughts are with Shimon Peres, a true friend of America. I hope for a speedy recovery to one of Israel's greatest. @PresidentPeres