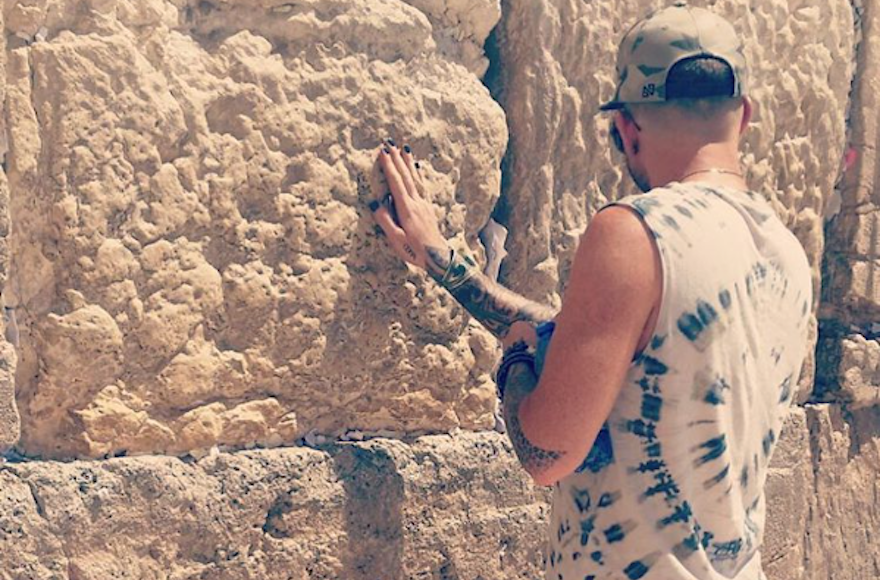 Adam Lambert wowed Israelis this week when he performed with Queen in Tel Aviv. And it seems the Jewish singer was also pretty taken with Israel.

On Instagram, Lambert shared photos from his trip, which included several stops in Jerusalem’s Old City — and a moment of prayer at the Western Wall.

The tattooed singer struck a sulky pose in front of the Western Wall plaza.

He paid a visit to the “Entrance to Jesus’ Tomb,” likely the Church of the Holy Sepulchre.

The “American Idol” runner-up also shared a photo of himself holding a chalice — or dare we say, kiddush cup — at his concert.