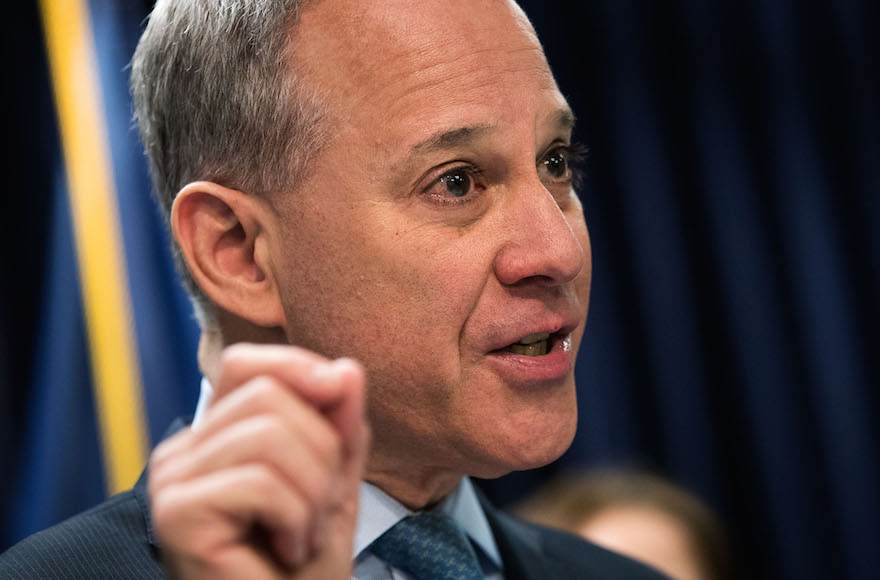 Schneiderman has been the target of online harassment by Trump supporters since he confirmed he was investigating the Republican presidential nominee’s charitable foundation for illegally contributing to the election campaign of the Florida attorney general. The tweet links to an article detailing the harassment.

The Jewish attorney general is investigating whether the donation led Pam Bondi to decline to investigate alleged improprieties at Trump University, a pricey real estate seminar run using Trump’s name and his endorsement.

He is also investigating Trump University for fraud, and has been subject to anti-Semitic abuse for that as well.

Trump has attracted a substantial white supremacist following. After some initial reluctance to denounce such followers, he and his campaign have done so repeatedly in recent weeks.