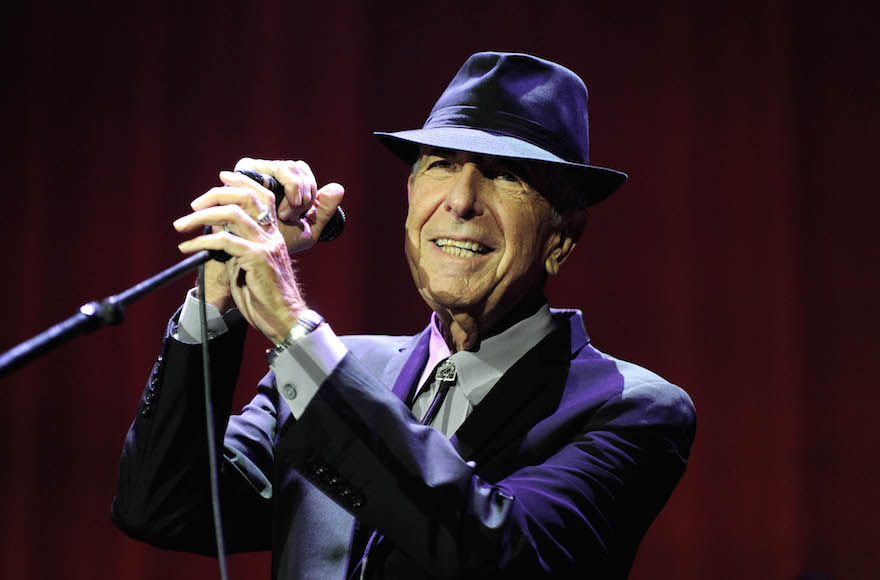 Leonard Cohen released a new song on Wednesday, which happens to be his 82nd birthday — but it isn’t quite a celebratory tune.

Dense with Jewish language and themes, “You Want it Darker” will appear on the songwriter’s upcoming album of the same name (his 14th studio album) on Oct. 21. The song delivers on the promise of its title — it’s really, really dark.

The song is an eerie, minimalist rumination with strong religious elements in the lyrics. At the end of the chorus Cohen sings “Hineni, hineni; I’m ready, my lord.” Hineni is Hebrew for “here I am,” and is the response Abraham gives when God calls on him to sacrifice his son Isaac. It is also the name of a prayer of preparation and humility, addressed to God, chanted by the cantor on Rosh Hashanah. (Cohen is of course most famous for the use of another Hebrew word).

One verse also echoes the language and rhythm of the Kaddish, the prayer for mourners that reaffirms faith in God.

Magnified, sanctified be thy holy name

Vilified, crucified in the human frame

A million candles burning for a help that never came

You want it darker, we kill the flame

The song is also the product of an extensive Jewish collaboration. The track features background vocals from Gideon Zelermyer, cantor of the Shaar Hashomayim synagogue in Cohen’s native Montreal, along with the Shaar Hashomayim choir. (The Shaar cantor and choir also contributed to another song on the album titled “It Seemed the Better Way,” according to the Montreal Gazette.)

The song’s dark themes and foreshadowing come as some have begun to speculate on the singer’s health and longevity. Rolling Stone points out that Cohen hasn’t performed in public since 2013. Last month he wrote an emotional letter to his former girlfriend and muse Marianne Ihlen, who died in late July.

“Well Marianne it’s come to this time when we are really so old and our bodies are falling apart and I think I will follow you very soon. Know that I am so close behind you that if you stretch out your hand, I think you can reach mine,” Cohen’s letter read, according to Ihlen’s friend Jan Christian Mollestad.

“Hineni, hineni; I’m ready my lord” sounds quite eerie after reading that.