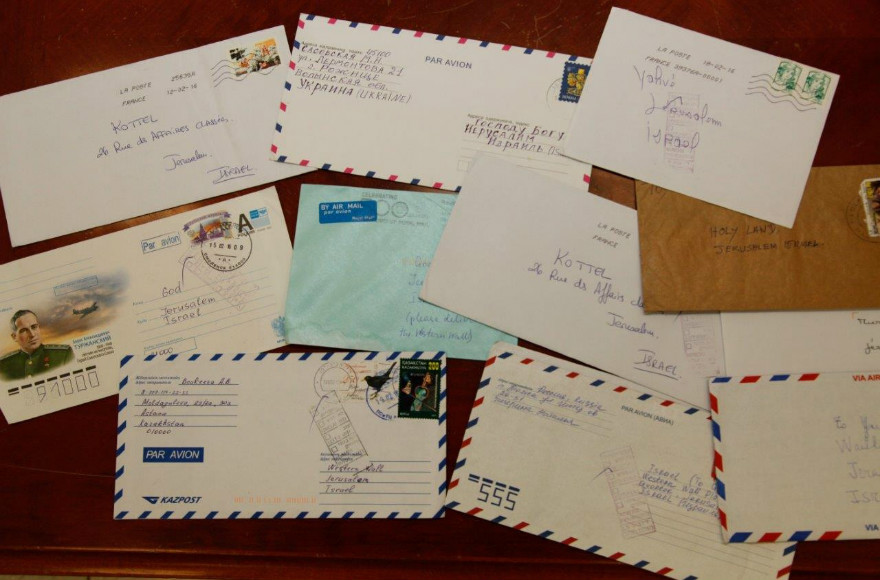 Letters from around the world addressed to God, Our Heavenly Father and the Kotel are delivered to the Western Wall before the High Holidays and placed between the stones of the holy site. (Photo/ Ran Dickstein)
Advertisement

JERUSALEM (JTA) — Hundreds of letters addressed to “God,” Our Heavenly Father” and other monikers, as well as to the Kotel, were delivered to the Western Wall.

The letters, which usually arrive without a return address, are sent to the Israel Post Lost and Found Department. They are delivered before the Jewish High Holidays.

Written in many languages, the letters have come from countries around the world, including Russia, China, France, Nigeria, Spain, the Netherlands, the United Kingdom and the United States.