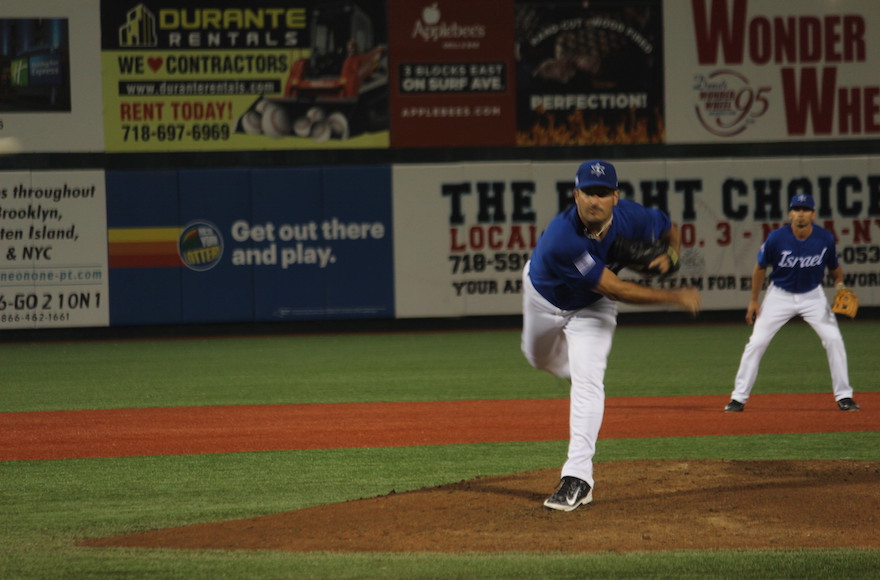 NEW YORK (JTA) – Team Israel rallied for four runs in the bottom of the seventh inning and went on to defeat Great Britain, 5-2, in its opener of the World Baseball Classic qualifying tournament on Thursday night. 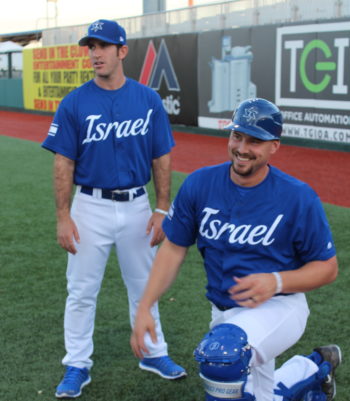 “It was all about the pitching changes they made,” Israel’s first-base coach Nate Fish said afterward. “The rally coincided exactly with it.”

At noon Friday, Israel will face Brazil, which defeated Pakistan, 10-0, earlier in the day. The winner will advance to the final on Sunday; the loser will play Britain or Pakistan in a semifinal on Saturday night.

The qualifying round’s champion will play in the WBC tournament in South Korea in March. The quadrennial event is modeled after soccer’s World Cup.

The loudest ovation during the pregame introductions went to Israel’s first baseman, Ike Davis, who played in nearby Queens for the New York Mets from 2010 to 2014. As a pinch-hitter, Davis delivered a bases-loaded RBI single to center field in the seventh inning three batters after right fielder Zach Borenstein had given Israel its first lead of the night.

Great Britain had taken the lead in the top of the seventh on a double, an infield out and a sacrifice fly off Josh Zeid, a veteran of Israel’s inaugural WBC team in 2012 that narrowly missed making the tournament. Pitcher Craig Breslow earned the win in relief. Catcher Ryan Lavarnway delivered three hits and threw out a potential base stealer at third.

The three are among nine former major leaguers on the Israel roster, which is primarily made up of Jewish Americans.