The Jewish impresario behind the Ramones, the Doors and other rock legends 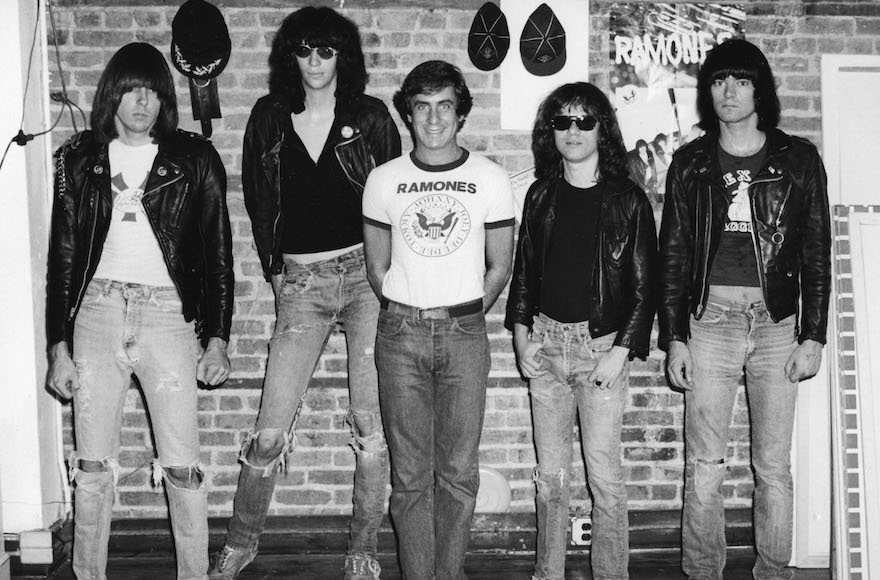 Danny Fields, center, without black jacket, with the members of The Ramones. (Courtesy of Magnolia Pictures)
Advertisement

(JTA) — If you’re a rock fan, no matter your age, you’ve probably heard of bands like the Doors, the Ramones and the Stooges.

But chances are you haven’t heard of Danny Fields.

Fields, a Jewish guy from Forest Hills, Queens, deftly made the punk scene happen. He helped sign now-iconic groups to record labels, get them on magazine covers and, ultimately, etch them into the rock ‘n’ roll lexicon.

Born Daniel Henry Feinberg, Fields rose to prominence as the ultimate jack-of-all-trades. He was never a top executive, but with his myriad roles in the music business — publicist, artist liaison and manager, among them — Fields pressed all the right buttons. Many of the musicians he mentored took decades to “make it,” yet his forward-thinking taste is the stuff of legend among industry insiders.

“Danny is like the Zelig of punk — he’s everywhere and he’s so important with so many things,” Steven Lee Beeber, author of “The Heebie Jeebies at CBGB’s: A Secret History of Jewish Punk,” told JTA, referring to the chameleonic Woody Allen character. “We kind of live in Danny’s world today … [No one else had] his sensibility or the pulse of what was really coming.”

Now this unsung hero is having his own moment in the spotlight. “Danny Says,” a documentary out Sept. 30 — named for a song about him written by the Ramones — may be short on personal details but is full of the sex, drugs and music that Fields navigated during rock’s golden age.

Fields graduated from high school at 15 and earned his bachelor’s degree from the University of Pennsylvania. He enrolled in Harvard Law School, but left after a year, embedding himself in New York City’s hip Greenwich Village scene in the early 1960s.

Over the course of that decade and the next, he befriended Andy Warhol and Lou Reed, publicized bands like the Doors and Cream, introduced Jim Morrison to the singer-model Nico, discovered MC5 as well as Iggy Pop and the Stooges, and managed the Ramones.

Fields intuitively understood something about buzz. Before working in the music business, he was an editor of the teen magazine Datebook. There he was the first to publish John Lennon’s quote about the Beatles being “more popular than Jesus,” which spawned a massive backlash and discouraged the group from touring again in the United States.

The film details all this and, perhaps surprisingly, also offers a glimpse into how Fields’ Jewish identity shaped his view of the world and its music scenes.

Fields grew up in a somewhat observant Jewish household and had a witty sense of humor about it. Among the several Jewish moments in the film, footage shows Fields watching a video from his bar mitzvah party and remarking, “Isn’t this mortifying?” An image of his Harvard yearbook shows that he drew blue Stars of David next to photos of his Jewish classmates. 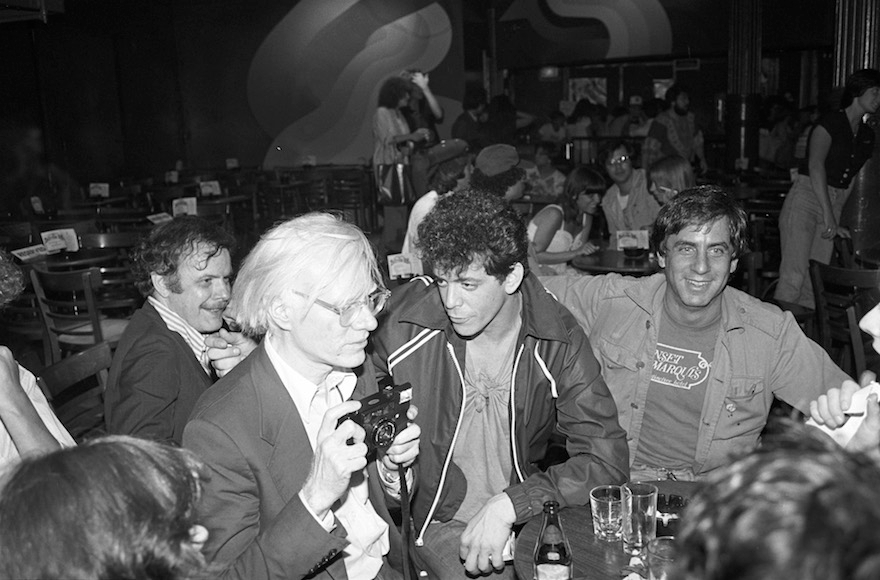 While he may have embraced his Jewish identity, one of his biggest discoveries came from something Fields saw as the opposite. In September 1968, he traveled to Detroit to check out a new band called the Stooges and was knocked out by their visceral, heavy and, in his opinion, non-Jewish sound.

“Detroit is the most goyishe hub of civilization … That’s why I loved it so much,” Fields says in Beeber’s book. “[The guys here] were tall and big and butch, not like New York Jews.”

Fields, who is gay, called them “macho men.”

“I just thought the virility of it was something,” he said. “I mean, virility is not, shall we say, a characteristic of the Jewish community.”

Fields worked with the Stooges until the group’s first breakup in the early ’70s. A few years later he discovered the Ramones — a black-clad group of scruffy, fellow Forest Hills natives that Fields found more heimish.

“They were like the MC5 and the Stooges except that they were funny and ironic,” Fields says in the book. “And, like Jews, they were steeped in the showbiz tradition.”

Singer Joey Ramone (who was born Jeffrey Hyman) and drummer Tommy Ramone (born Thomas Erdelyi to Hungarian Holocaust survivors) were both Jewish. As Michael Croland, author of “Oy Oy Oy Gevalt! Jews and Punk,” points out, the band also consciously toyed with Nazi themes and imagery, as evidenced in songs like “Blitzkrieg Bop” and “Commando.”

“While he laments this lack of virility and toughness, he also loves the braininess,” Beeber said.

The author said that what Fields loved about the Ramones when he saw them “is that they were like the MC5 and the Stooges, and yet they were also like a self-conscious joke about those kind of bands.”

However, the film omits Fields’ post-Ramones life. He eventually fell from the industry’s inner circles and returned to journalism. Now 77 and still living in New York, Fields earlier this year released a book of Ramones photographs. He had vowed never to watch the final cut of the film about him, but wound up viewing a DVD that director Brendan Toller left him.

Though his peak years in the industry have passed, praise is still heaped on Fields. One could “make a convincing case that without Danny Fields, punk rock would not have happened,” The New York Times wrote in 2014. The dedication of rock journalist Legs McNeil’s 1996 book “Please Kill Me: The Uncensored Oral History of Punk” reads: “this book is dedicated to Danny Fields, forever the coolest guy in the room.”

As Beeber puts it, Fields remains “forever at heart a nice Jewish boy who embodied punk’s simultaneous reaction against yet embrace of New York Jewishness.” Not a bad reputation to have.