How Rachel Weisz learned to play a Holocaust scholar 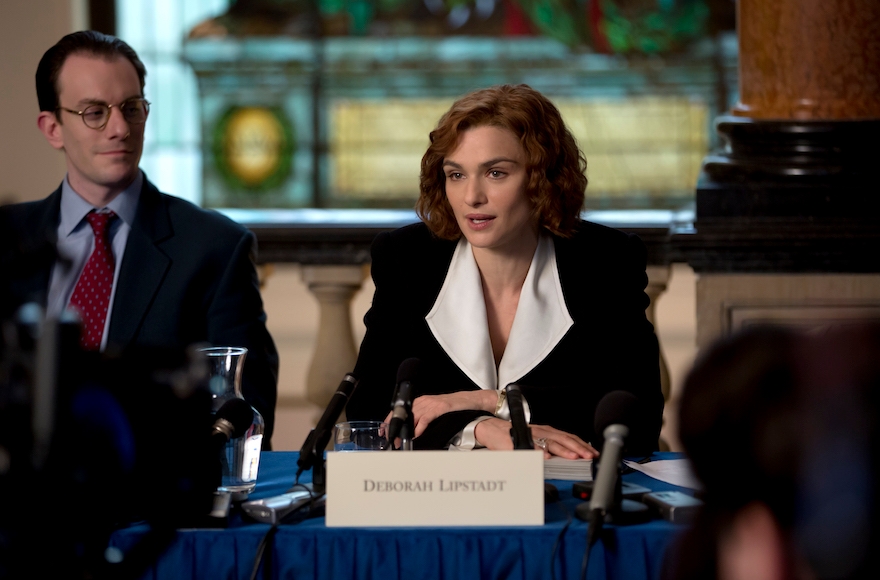 NEW YORK (JTA) — Before the most dramatic episode of her professional life became a movie, Deborah Lipstadt had some work to do.

No, she didn’t have to make some last-minute changes to the script or take a crash course in acting. Her job: To teach Oscar-winning actress Rachel Weisz how to talk like a Jewish woman from Queens.

Weisz, who grew up in London, portrays Lipstadt, a Holocaust historian, in the forthcoming film “Denial,” which hits select theaters on Sept. 30. The film tells the story of Lipstadt’s dramatic win in British court against a prominent Holocaust denier, David Irving. It was a high-profile case that made the Holocaust front-page news in 2000, and unequivocally refuted Holocaust denial at a time when the tragedy was fading from living memory.

But before Weisz donned a red wig and delivered striking defenses of the Holocaust and free speech, she had to learn to sound just like Lipstadt.

Weisz’s attention to detail paid off.

“She got my accent,” Lipstadt said.

Lipstadt, a professor of modern Jewish history and Holocaust studies at Emory University, had criticized Irving’s falsification of Holocaust history in her 1993 book “Denying the Holocaust.” In 1996, Irving sued her for libel in British court, where the burden of proof lies with the defendant. The movie depicts how Lipstadt won the case, exposing Irving as an intentional falsifier of Holocaust history.

Lipstadt acknowledged to JTA that she had thought about the trial’s cinematic potential. Still, when producers first approached her about “Denial” in 2008, she laughed — the same reaction, she recalled, that she had when she found out Irving was suing her.

“When you sign over a book, you are essentially giving them control over your story,” she said. “You’re not going to be able to say, ‘No, that’s not right, I don’t like that, don’t include this.’ So what I kept querying them about is, this is a movie about truth. Do you understand you have to stick to the truth?” 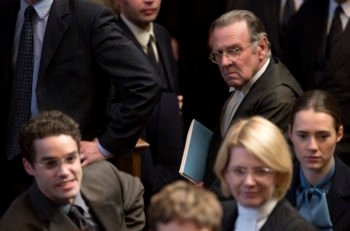 The finished product, Lipstadt says, hews closely to the truth. The story heightens her tension with her lawyers and combines a string of meetings with Holocaust survivors into one encounter. But the courtroom scenes are taken verbatim from the record, and dramatic scenes — from Irving ambushing Lipstadt at a lecture to a tense Shabbat dinner with British Jewish leaders — happened more or less as they play out on screen.

Decades ago, Lipstadt said she playfully imagined Meryl Streep portraying her in a movie. But she was very happy with how Weisz captured her character and interactions — from her forthright confidence to the culture clash with her lawyers. The orange scarf Weisz wears in the film’s promotional poster is the same one Lipstadt wore on a recent Friday in New York.

As a child of Holocaust refugees, Weisz had a personal connection to the movie. And because she is Jewish, Lipstadt said, it was easier for Weisz to slip into Hebrew when the script called for it.

“She was unbelievable,” Lipstadt said of Weisz. “She’s a professional’s professional. I think she would have brought to this the same professional quality even if she hadn’t been the child of two refugees because she’s such a great actress.”

The movie’s title, Lipstadt told JTA, refers both to Holocaust denial and to the self-denial she had to practice when she refrained from testifying. Standing on the side of a set of a movie about your life, she said, didn’t feel that different. 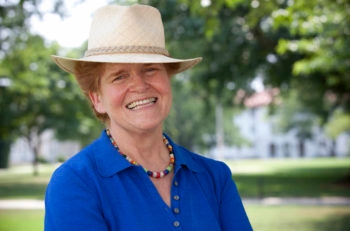 The movie keeps the drama alive by focusing much of the plot on Lipstadt’s conflict with her lawyers. Throughout much of the film, Lipstadt attempts to coax her reserved British legal team to allow her and Holocaust survivors to take the stand.

“There were moments that I wish had gotten more play in the movie,” she said. “The movie I would have made would have been 3 1/2 hours, maybe four hours.”

At times, filming felt almost too spot-on for Lipstadt. A central scene takes place at Auschwitz, where Lipstadt and one of her lawyers meet to gather evidence. The filming caused Lipstadt to relive some of the experiences, which felt “very strange, and I tried to stay as far out of sight lines as possible.”

But the movie’s central message, she said, is about the need to affirm historical truth, uncomfortable as it may be. And in an age where Lipstadt says anti-Semitism is again rising, she is grateful to have played a role in preserving Holocaust memory.