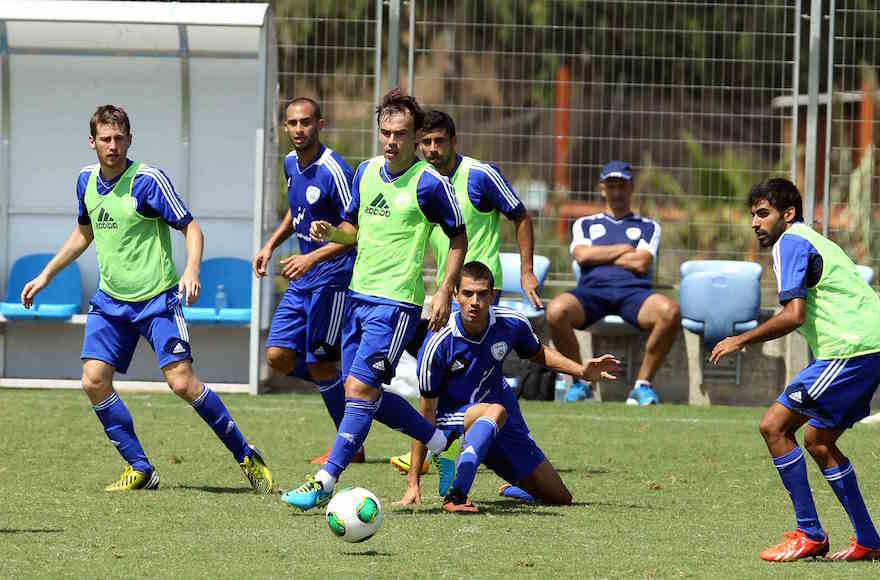 “By holding games on stolen land, FIFA is tarnishing the beautiful game of football,” Sari Bashi, Israel and Palestine country director for Human Rights Watch, said Monday. “FIFA should step up now to give settlement clubs a red card and insist the Israel Football Association play by the rules.”

Human Rights Watch said it had conducted an investigation of the Israel Football Association, a FIFA member, and found that the group holds games in West Bank settlements “on land unlawfully taken from Palestinians.”

Also, the Palestinian Football Association has accused its Israeli counterpart of violating FIFA rules by holding games without permission on the territory of another member group. A FIFA committee is set to submit recommendations on the issue by Oct. 13, according to the statement.

Human Rights Watch said a legal adviser for the Israel Football Association dismissed the relevance of its claims.

“[T]he purpose of the IFA is to benefit football. That is its sole concern. Political issues are not part of our ‘playing field,'” Efraim Barak told the group, according to the statement.

FIFA’s human rights manager, Andreas Graf, said he did not have time to respond to the investigation before its publication, but told Human Rights Watch that he would “endeavor to reply at a later date,” the statement said.