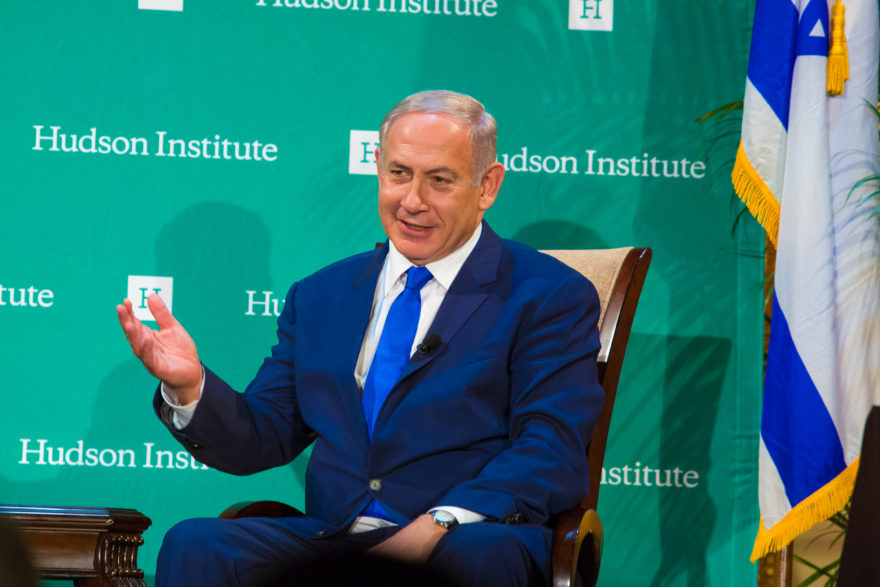 (JTA) — Israeli Prime Minister Benjamin Netanyahu said that outreach between Israel and Russia made sense because of shared concerns about militant Islam, a desire to avoid clashes in Syria and Russia’s interest in Israeli technology.

Netanyahu appeared in New York on Sept. 22 to receive the Herman Kahn Award from the conservative Hudson Institute, named for one of the think tank’s founders.

He was pressed by his interviewer, Roger Hertog, a philanthropist who is one of Hudson’s benefactors, to explain why Russian President Vladimir Putin has been seeking closer relations with Israel, given Russia’s military backing for the Assad regime in Syria and its sale of an anti-missile system to Iran.

The “first interest is to make sure that militant Islam doesn’t penetrate and destabilize Russia,” Netanyahu replied. “There are many, many millions of Muslims in Russia, including in greater Moscow; I think it’s up to 2 million. And the concern that Russia has, which many other countries have, is that these populations would be radicalized.”

Another reason is to avoid a clash in airspace bridging Israel and Syria, where Russian combat aircraft are bombing enemies of the regime of Bashar Assad.

“We can coordinate in order not to crash and clash with each other,” Netanyahu said.

Given Russia’s influence in Syria, Netanyahu said, Russia was also a useful conduit to keep Israel’s enemies from being empowered. Notably, another Assad ally is Hezbollah, the Iran-allied Shiite Lebanese militia that has warred frequently with Israel.

Another factor was Russian interest in Israeli technology.

Putin is “interested in technology and Israel is a global source of technology in many areas that are of interest to Russia — agriculture, dairy production, you name it, the standard fare,” Netanyahu said.

“There’s a cultural, a human bridge,” he said. “We have a million Russian speakers in Israel. These and other reasons, I think, inform Russia’s policies. And I think it’s very important that we have this relationship.”

To applause, Netanyahu reasserted that Israel’s main alliance is with the United States.

“With the United States, we certainly have shared interests, but it’s the one alliance we have, and there may be one or two others, but nothing like this, that is based on shared values,” he said.