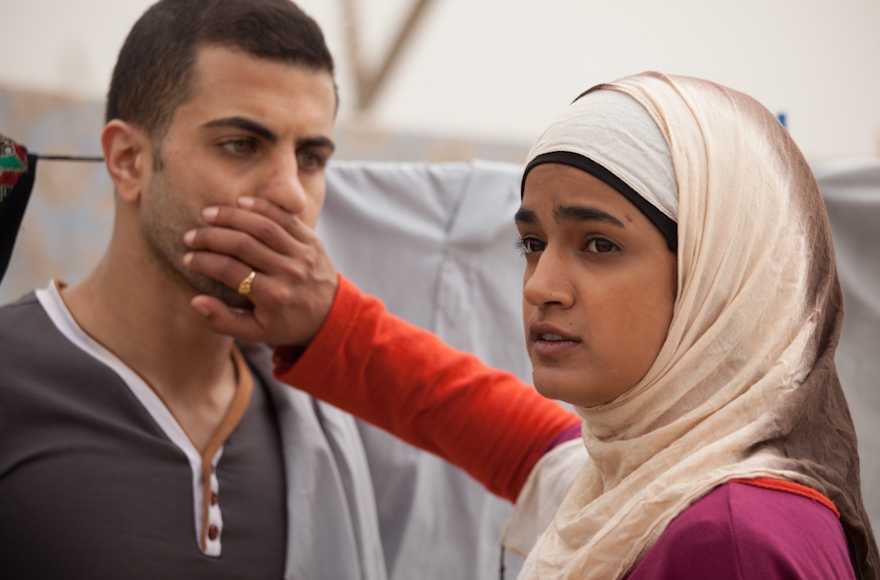 What the film does have is the depiction of an extended Bedouin family, whose social rules hark back to ancient times but whose emotions and struggles are instantly recognizable by the most urbane residents of New York, Paris or Tel Aviv.

There are about 200,000 Bedouins, a minority within an Arab minority, in Israel. Most live in towns and villages in a northern Negev triangle bounded by Beersheba, Arad and Dimona.

At the heart of the film is the relationship — and tension — between a mother and daughter. The mother, Jalila, is preparing for the arrival of the much younger women who will be her husband’s second wife. The daughter, Layla, is studying Hebrew literature at nearby Ben-Gurion University and secretly meeting privately with a boy and fellow student who is, adding to the taboo, from a different Bedouin tribe.

The situation threatens to bring eternal shame to her parents and ruin the chances of her sisters finding good husbands. It also escalates the tension between Layla and her parents, particularly Jalila.

It is this basic plot — rebellious teen, traditionalist parents — that gives the film its universal appeal, says Elite Zexer, who wrote and directed “Sand Storm,” her first feature film.

“Wherever we have screened the film, from Sundance to Korea, women have come to me afterwards to tell me ‘that’s me, that’s the way it was between my mother and me,’” Zexer said.

The movie was shot on location in four Bedouin villages. Contrary to media reports of incessant strife among Israel’s diverse people, the film’s crew consisted of Jews, Muslim Arabs, Christian Arabs and Bedouins.

“Nobody cared about religious, political or ethnic differences,” Zexer said. She remembers “our entire crew working together for the same goal, while taking pleasure and pride in being part of one family.” 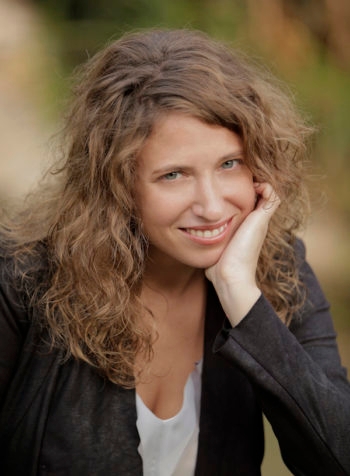 Elite Zexer, director-writer of “Sand Storm,” won the Israeli equivalent of the Oscar as best director and her film about a Bedouin family in the Negev. It will represent Israel in the Oscar competition for best foreign-language film. (Courtesy of Kino Lorber)

Zexer, 35, who was born in Netanya and lives in Tel Aviv, was introduced to the Bedouin lifestyle in a fortuitous way.

“My mother is a still photographer and began to take pictures of Bedouin women in the Negev Desert,” the director said in a Skype interview linking Los Angeles and Tel Aviv.

One day about 10 years ago, Zexer accompanied her mother for a day’s photography. The one-day trip turned into a 10-year project for Zexer, who directed three short films after graduating from the film school at Tel Aviv University, now known as The Steve Tisch School of Film and Television.

Determined to make an accurate film and honor the confidence of the Bedouin women she had met, Zexer took four years to write, rewrite and polish her script.

“My interactions with the Bedouins shaped every frame of the film,” Zexer said. “The script is fictional, but it is based on real stories, real circumstances. I felt an obligation to make the story as real as possible and to represent the people I had met in the most accurate way.”

Once the script was honed to her satisfaction, Zexer set out just as meticulously to find the right actors for the roles. The casting of Jalila, the mother and the film’s strongest figure, was relatively easy and ended in the selection of Ruba Blad-Asfour, the only professional actor in the cast.

More difficult was the search for a young girl to play Layla, the daughter. After seemingly endless auditions, Lamis Ammar, a young Bedouin woman, won the part in her first professional role.

Suliman, Jalila’s husband, is played by Haitham Oman, a photographer in his day job.

“Sand Storm” is the first Israeli all-Arabic language Oscar entry. The actors speak in a distinct Arab dialect. On set, most of the Bedouins spoke Hebrew, the younger ones more fluently than their elders. In a pinch, English instructions helped the director get her points across.

Zexer would not discuss the budget for the film, but it largely came together through two Israeli government funds and two private funds.

The Oscar entry is the latest in a series of honors for the film, which included the $65,000 first prize for a work in progress at the Locarno International Film Festival; top awards at film competitions in Jerusalem, Taiwan, Seattle and South Korea, and the 2016 World Cinema Grand Jury Prize at Sundance.

In the run-up to the Ophir Awards, presented by the Israeli Academy of Film and Television, the film led the field with 12 nominations out of 18 categories. At the Sept. 22 presentation of what are commonly called the Israeli Oscars, the film won six top prizes, including best picture, best director and best supporting actress. The best picture distinction meant the movie would automatically represent Israel in the Oscar competition for best foreign language movie.

The success of her first feature has bowled over the otherwise sober-speaking director and writer.

“My hope was just to make an honest picture about a little-known segment of Israeli society,” Zexer said. “Never in my wildest dreams did I think it would be so well received and move so many people.”

Israeli critics have frequently charged their government with neglecting the Bedouins and expropriating their lands, but Zexer hopes her film will motivate her Jewish compatriots in at least one way.

“Israelis constantly drive past these Bedouin villages without ever stopping to take a closer look,” she said. “If they did, they would find that the people there would welcome them warmly.”

Israeli films have been nominated for an Oscar 10 times, but none has ever received the winner’s golden statuette. Israelis hope that “Sand Storm” will be the breakthrough film in more ways than one.

(“Sand Storm,” in Arabic with English subtitles, opens Sept. 28 in New York and Oct. 7 in Los Angeles, followed by a national rollout.)