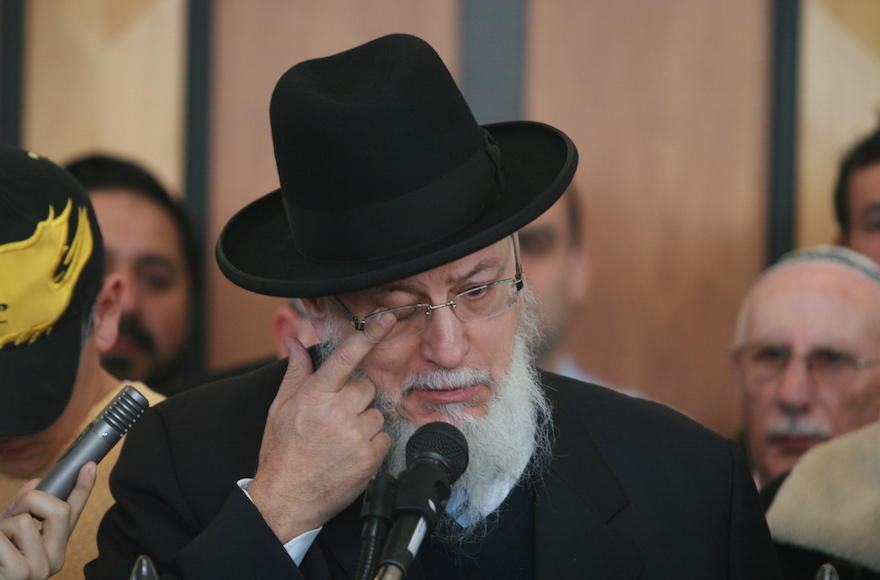 Joseph Sitruk wiping away a tear during a reinterment ceremony in Jerusalem for Ilan Halimi, a 23-year-old French Jew kidnapped and tortured by a gang, Feb. 9, 2007. (Olivier Fitoussi/Flash90)
Advertisement

(JTA) — Joseph Sitruk, who served as chief rabbi of France for more than two decades, has died.

Sitruk died Sunday after being hospitalized for several days following a stroke, The Times of Israel reported. He was 71.

French President Francois Hollande called the Orthodox religious leader a “defender of secularism” in a statement announcing his death, according to The Associated Press. Interior Minister Bernard Cazeneuve praised him as “a tireless fighter against racism and anti-Semitism.”

Sitruk, a Tunisia native, served as head of France’s Jewish community, the largest in Europe, from 1987 to 2008.

His efforts as chief rabbi included promoting synagogue attendance and Jewish identity, according to AP. He also served 12 years as head of the Conference for European Rabbis.

Sitruk was buried in Jerusalem on Monday.