Netanyahu, following debate, tells Cabinet it does not matter who is elected US president 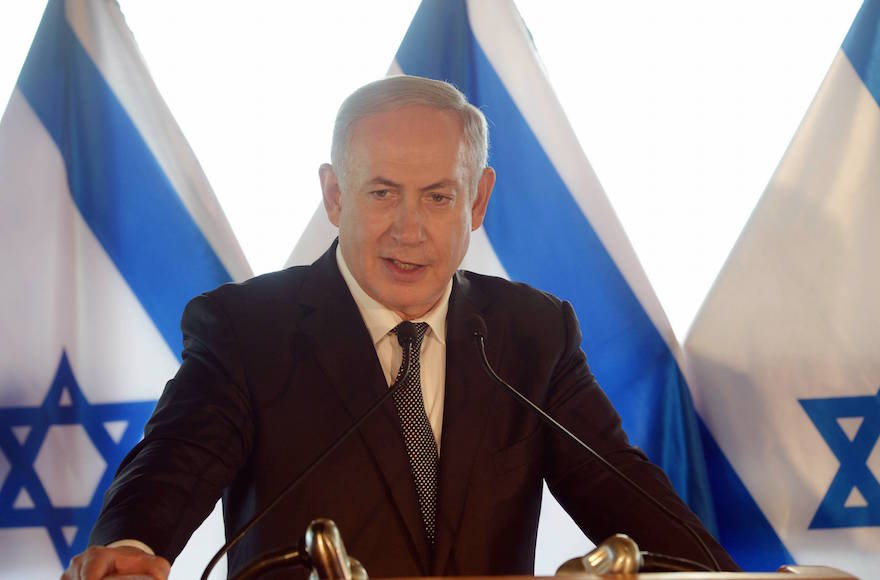 JERUSALEM (JTA) — Israeli Prime Minister Benjamin Netanyahu told his Cabinet following the first U.S. presidential debate that as far as Israel is concerned, it does not matter who is elected.

“They both spoke of their support for Israel and the importance of bilateral relations between our two countries,” he said Tuesday at the start of a Cabinet meeting, hours after the debate Monday night in New York between Democratic nominee Hillary Clinton and Republican nominee Donald Trump.

Netanyahu had met separately on Sunday with both candidates.

“It doesn’t matter which of them is elected – American support for Israel will remain strong. This alliance will stay strong and will even strengthen in the coming years,” he said.

Trump cited his meeting with Netanyahu during the debate when criticizing the Iran nuclear deal, which exchanged sanctions relief for limits on Iran’s uranium enrichment and other nuclear activities. Netanyahu was vehemently opposed to the deal, saying it harms Israel’s security.

“I met with Bibi Netanyahu the other day, believe me, he is not a happy camper,” Trump said.

The debate was aired live in Israel on one of the country’s major television channels with simultaneous Hebrew translation.