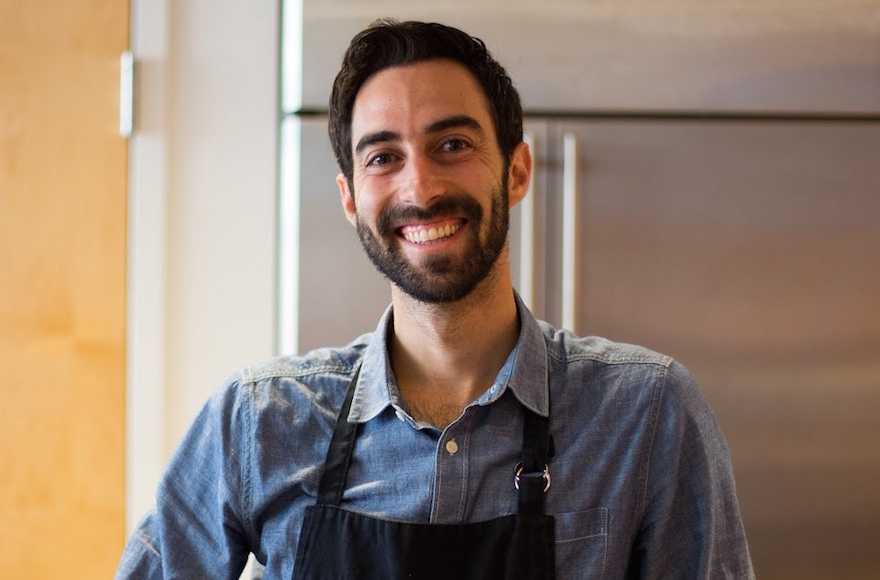 Jeffrey Yoskowitz, co-founder, with Liz Alpern, of the Gefilteria, and co-author of the forthcoming cookbook “The Gefilte Manifesto.”

“Homemade gefilte fish became such a staple for me at the Rosh Hashanah table that when my grandmother stopped cooking and the local deli closed, I began preparing the holiday delicacy for my whole family,” Yoskowitz said. “It wasn’t a holiday without the good stuff, as far as I was concerned, plus making it myself was very empowering. Since my family’s roots are Polish, mine is a (lightly) sweetened gefilte fish, which is fitting for the New Year celebrations, when we’re so fixated on sweetness.”

HERBED GEFILTE FISH
(From “The Gefilte Manifesto,” reprinted with permission from Flatiron Books)

Preparation:
1. If there are any bones left in your fillets, remove the larger ones by hand, but don’t fret about the smaller ones since they’ll be pulverized in the food processor. You can buy your fish pre-ground from a fishmonger (usually a Jewish fishmonger) to ensure all the bones are removed, but try to cook your fish that day since ground fish loses its freshness faster.

3. Preheat the oven to 350 degrees. Line an 8-by-3-inch loaf pan with parchment paper and fill the pan with the fish mixture. Smooth out with a spatula.

4. Place the loaf pan on a baking sheet on the middle rack of the oven and bake for 40 to 45 minutes. The terrine is finished when the corners and ends begin to brown. The loaf will give off some liquid. Cool to room temperature before removing from the pan and slicing. Serve with horseradish relish.