On the road with Bill and Barack 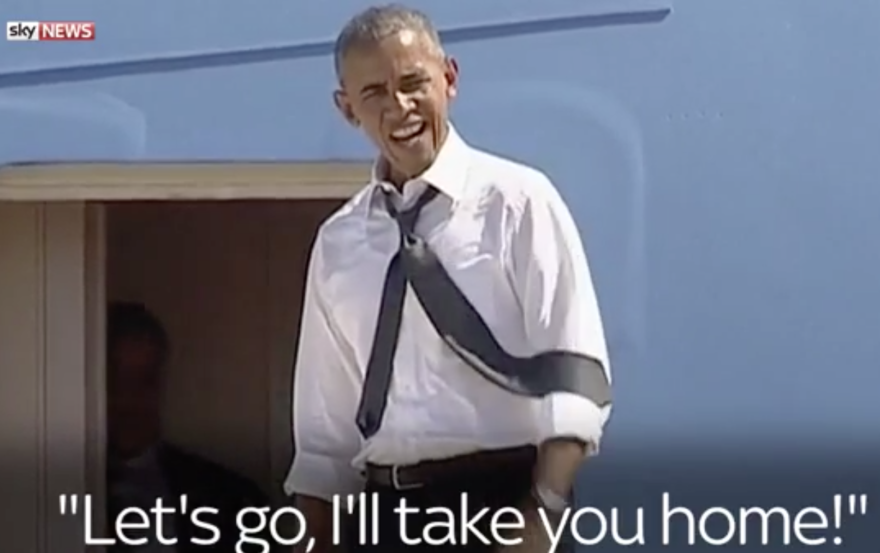 Barack Obama urges Bill Clinton to get on the plane, already, on Sept. 30 at Ben Gurion Airport, Israel. (Screenshot/Sjy News)

Presidents Barack Obama and Bill Clinton both gave heartfelt eulogies on Friday at Shimon Peres’ funeral. Then it was time to go home.

Well, time for Obama, in any case. Britain’s Sky News caught video of Obama urging Clinton to board Air Force One, already.

What was Clinton doing on the tarmac? No idea, but his roots in Israel run deeper than Obama’s, so maybe he just had more goodbyes to deliver.

It’s not as if he had a history-changing election to get back to.