Carnegie Deli to close at end of 2016 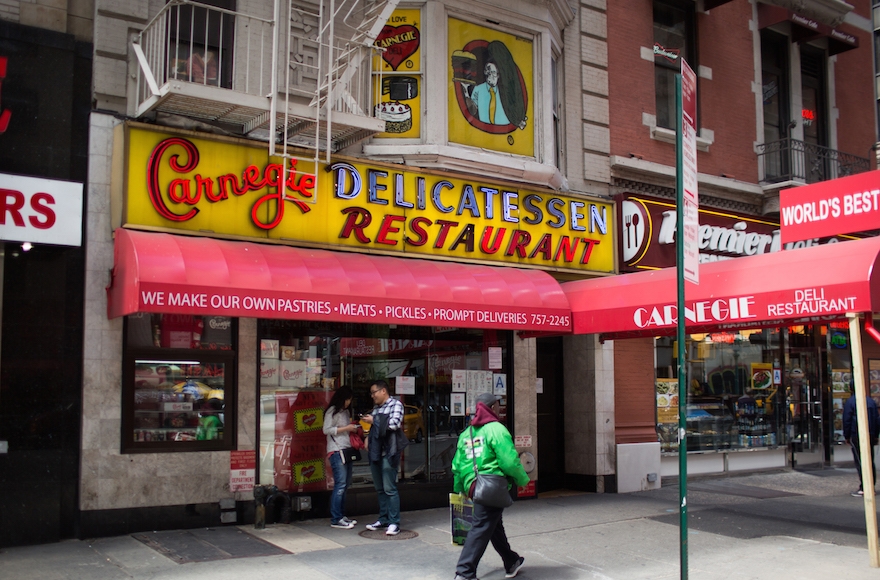 (JTA) — The Carnegie Deli, a New York City mecca for Jewish foods since 1937, will close at the end of the year.

Owner Marian Harper Levine broke the news to employees on Friday morning, The New York Post reported. She will leave the restaurant open until Dec. 31 so that staffers can benefit from tips during the busy holiday season.

The decision was a personal one for Levine, 65, not a business one. She owns the building on Seventh Avenue that houses the deli. Her father, Milton Parker, acquired the deli in 1976 from the original owners.

“At this stage of my life, the early mornings to late nights have taken a toll, along with my sleepless nights and grueling hours that come with operating a restaurant business,” Levine said.

Levine will continue to license Carnegie Deli locations in Las Vegas and Bethlehem, Pennsylvania. She hopes to arrange a similar licensing agreement in the original location in the future, WABC-TV reported.

The deli’s menu, centering around a trio of hand-cured meats — pastrami, corned beef and tongue — includes the famous “Woody Allen” sandwich, which consists of an enormous serving of corned beef and pastrami. Scenes for Allen’s 1984 movie “Broadway Danny Rose” were filmed in the restaurant.