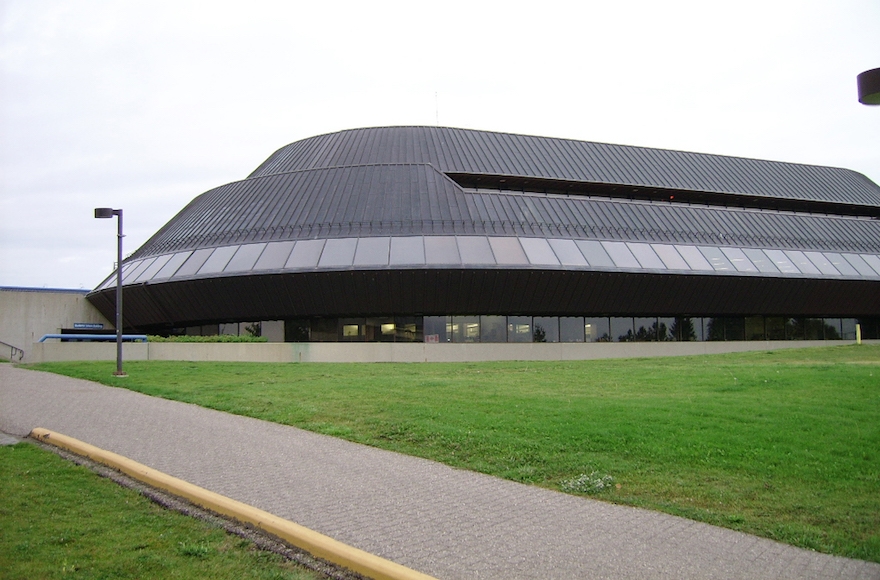 The Student's Union building at the University of Lethbridge in Lethbridge, Alberta, Canada. (Wikimedia Commons)
Advertisement

TORONTO (JTA) — A Canadian university is seeking to terminate one of its professors after anti-Semitic posts appeared on his Facebook page.

In a statement, the University of Lethbridge in Alberta said it has “requested” that Anthony Hall “enter into a discussion about a mutually agreed termination of [his] appointment to the university.”

The Facebook post showed an Orthodox Jew in a headlock and text calling for the extermination of all Jews. B’nai Brith Canada launched a complaint with Lethbridge police, which decided not to press hate crimes charges. While “extremely offensive and inappropriate,” it was posted to Hall’s page by a third party, police said.

Nevertheless Hall, a tenured professor of liberal education and globalization studies who has taught for 26 years, has a long history of promoting anti-Semitic conspiracy theories.

Hall co-hosts a YouTube show called “False Flag Weekly News” promoting theories that Jews and Zionists have been behind a series of “false flag” terror events, beginning with the 9/11 attacks in 2001. He has also appeared in YouTube videos that support “open debate” on the Holocaust.

“I’m being slandered, the University of Lethbridge is being slandered,” Hall told CBC Radio in Calgary. “Right now, it’s on my shoulders to defend the University of Lethbridge and to defend for all the faculty in Canada the principle of academic freedom, because that responsibility has been abandoned by the administration at my university and it’s been left for me and it’s appropriate that I do so.”

The Centre for Israel and Jewish Affairs and the Calgary Jewish Federation communicated their concerns about Hall to the university in early August.

B’nai Brith has been aware of Hall for about a year, and last month called on the university to fire him “for using his academic credentials to deny the Holocaust and promote 9/11 conspiracy theories.”

In an earlier statement, the university’s president and vice chancellor, Michael Mahon, “unequivocally” said Hall “does not speak on behalf of the university or its faculty, staff and students.”