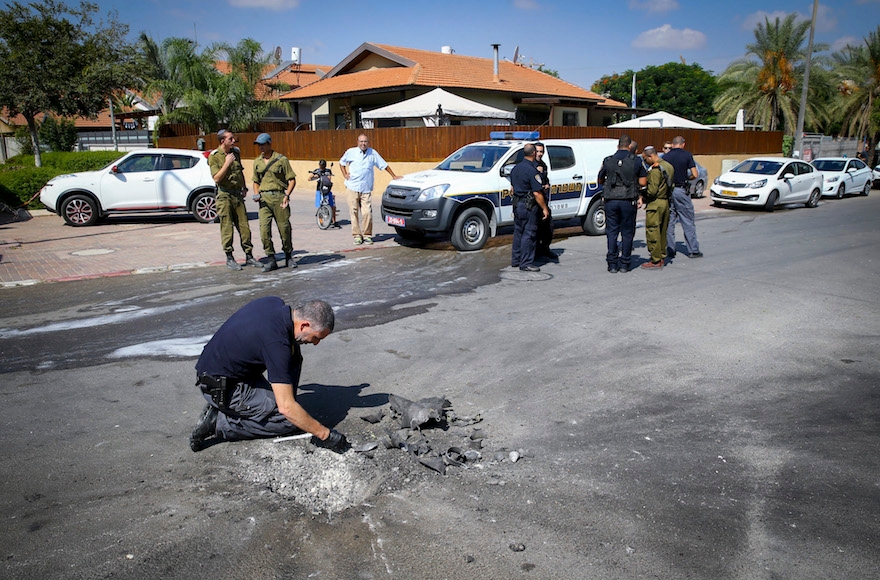 The site where a rocket fired from Gaza hit the southern Israeli city of Sderot, Oct. 5, 2016 (Flash90)
Advertisement

JERUSALEM (JTA) — A rocket fired from Gaza exploded on a residential street in the southern Israeli city of Sderot.

No injuries were reported in the attack on Wednesday, though two residents, ages 15 and 60, were treated for shock at a nearby hospital. The road where the rocket fell was closed off by Israel Police and soldiers.

The road, as well as cars parked nearby and houses near the landing site, was damaged.

No group has claimed responsibility for the rocket attack. Israel holds Hamas responsible for all attacks emanating from Gaza.

In mid-September, Israel’s Air Force struck three Hamas targets in northern Gaza in response to a mortar shell fired from Gaza into Israeli territory. In August, the IDF carried out dozens of air and artillery strikes on Gaza after a rocket fired from the coastal strip struck a residential area in Sderot.