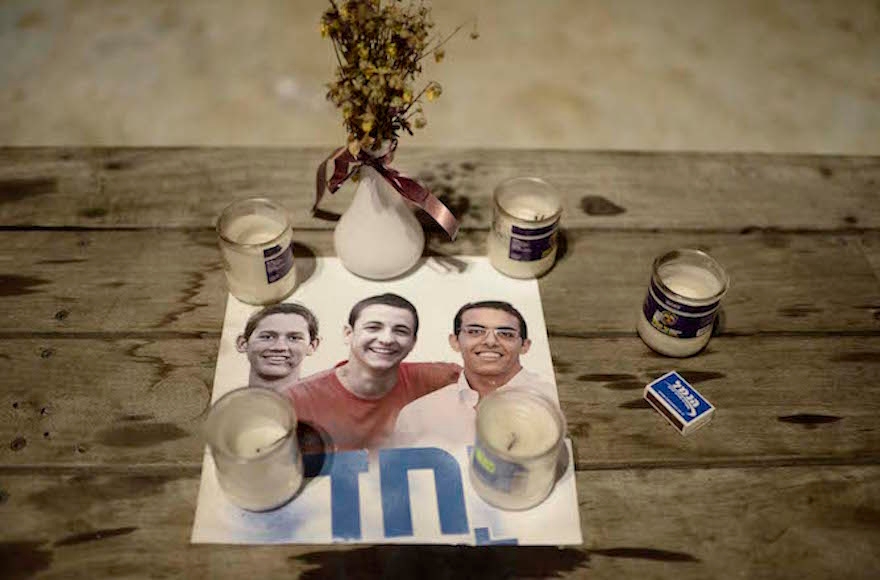 Israelis lit candles in Tel Aviv's Rabin Square to mourn the death of three teenagers who were abducted and murdered in the West Bank, July 6, 2014. (Tomer Neuberg/Flash90)
Advertisement

JERUSALEM (JTA) — HBO will produce a drama series about the kidnapping of three Israeli teens from a West Bank bus stop that riveted the attention of Israelis and Jews around the world for more than two weeks in 2014.

The cable network has given a 10-episode series order for the as yet untitled drama, which will be a co-production with the international arm of Israel’s Keshet Studios, the U.S. entertainment website Deadline reported Wednesday.

The series, which is set to be filmed on location in Israel next summer, will be directed by Joseph Cedar, an Israeli who has won several international awards. His films “Beaufort” (2007) and “Footnote” (2011) each were nominated for an Academy Award for best foreign film.

The creator is Hagai Levi, co-creator of “The Affair” and “In Treatment,” and Noah Stollman.

Naftali Fraenkel, Gilad Shear and Eyal Yifrach were abducted on June 12, 2014, and their bodies were discovered 18 days later following a massive search in a shallow grave in a field near Hebron. A recording of an emergency call made by one of the teens to police and the interior of the car used to abduct them indicated that they were killed shortly after being taken.

According to Deadline, the show will focus on an idealistic investigator for Israel’s Shin Bet security service as he deals with the violent reactions on both sides of the escalating conflict over the teens’ disappearance. A new command places him in a situation that undermines his faith and worldview, and leads to a conflict between his values and the actions of those around him.

Deadline did not report whether the teens’ parents have given their blessing to the production.