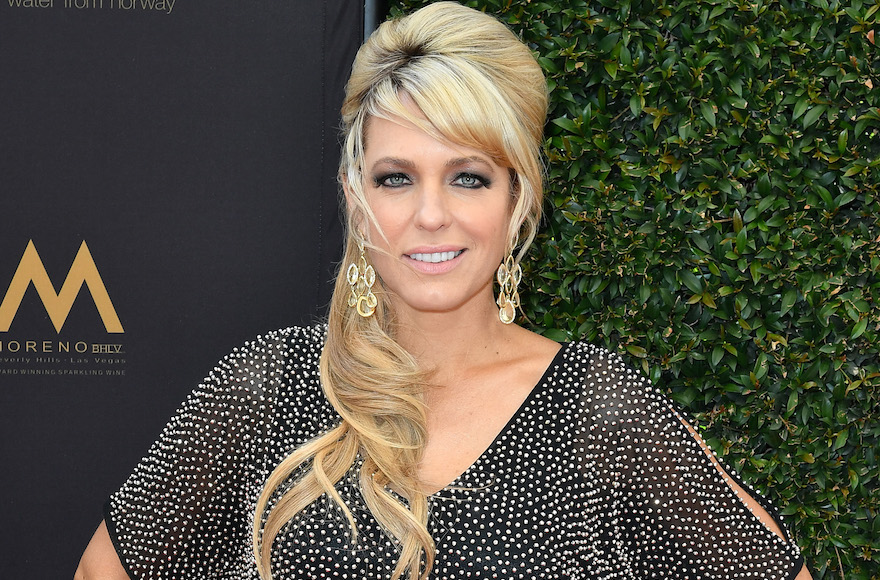 (JTA) — Jewish actress Arianne Zucker, the subject of Donald Trump’s demeaning comments about women from a decade-old leaked tape, has commented on the footage.

Zucker, 42, who formerly appeared on the popular soap opera “Days of Our Lives,” did not comment on Trump’s comments when the news broke over the weekend, but on Sunday she alluded to the incident in a Twitter post.

"My name is Arianne (R-E-on) ZUCKER (Zooker) and I am a strong, independent, hard working (cont) https://t.co/jOE344FCSf

“My name is Arianne (R-E-on) ZUCKER (Zooker) and I am a strong, independent, hard working mother, business woman and partner to a great man,” her post began.

“I have grown to learn that the words of others cannot effect [sic] the value of my self worth or define the content of my character. How we treat one another, whether behind closed doors, locker rooms or face to face, should be done with kindness, dignity and respect.

“Unfortunately, there are too many people in power who abuse their position and disregard these simple principles and are rewarded for it. In understanding the magnitude of this situation, I choose to stand tall with self respect and use my voice to enrich, inspire and elevate the best of who we are as people,” the post concluded.

Trump’s unaired remarks were from an “Access Hollywood” segment hosted 11 years ago by Billy Bush that was published Friday on The Washington Post website. In response, leading Republicans have withdrawn their support for Trump.

Trump discusses in the video sexually assaulting women and trying to have sex with a married woman while he was married to his current wife, Melania.

Trump apologized for the comments in a video posted on Facebook. On Monday, Bush was suspended from hosting “The Today Show” pending an investigation into the incident.