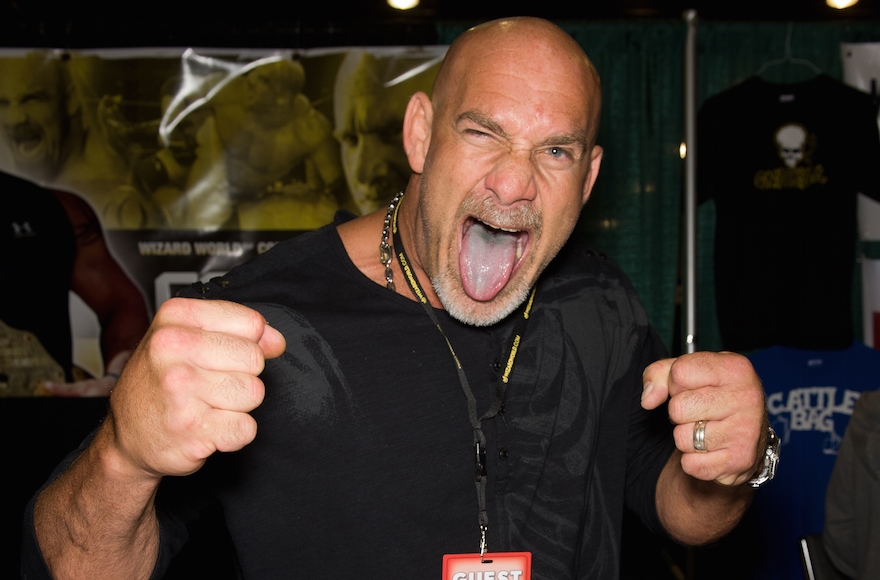 (JTA) — Former World Wrestling Entertainment champion Bill Goldberg is planning a return to the ring following more than a decade in retirement.

Goldberg, a fan favorite known in the wrestling world by his last name, announced on Monday that he will appear next week on WWE’s flagship program “Monday Night Raw.” He will likely address a possible rematch with his old nemesis Brock Lesnar, which Wrestling Observer reports could happen on Nov. 20.

Goldberg, who for months has been promoting the upcoming video game WWE 2K17, talked to ESPN last week about a possible comeback.

Booking my flight to answer that big mouth @HeymanHustle 's challenge next week in person on #MondayNightRaw #WhosNext? #seeyathere @WWE

Bill Goldberg, the grandson of Romanian and Russian immigrants, had his bar mitzvah in his native Tulsa, Oklahoma. He originally wanted to go by the name Mossad — the name of Israel’s intelligence service — thinking that his own last name did not sound imposing enough.

After playing football in the National Football League from 1990 to 1995, Goldberg — who stands 6-4 and weighs nearly 300 pounds — became one of the WWE’s biggest superstars, winning multiple heavyweight championship belts.