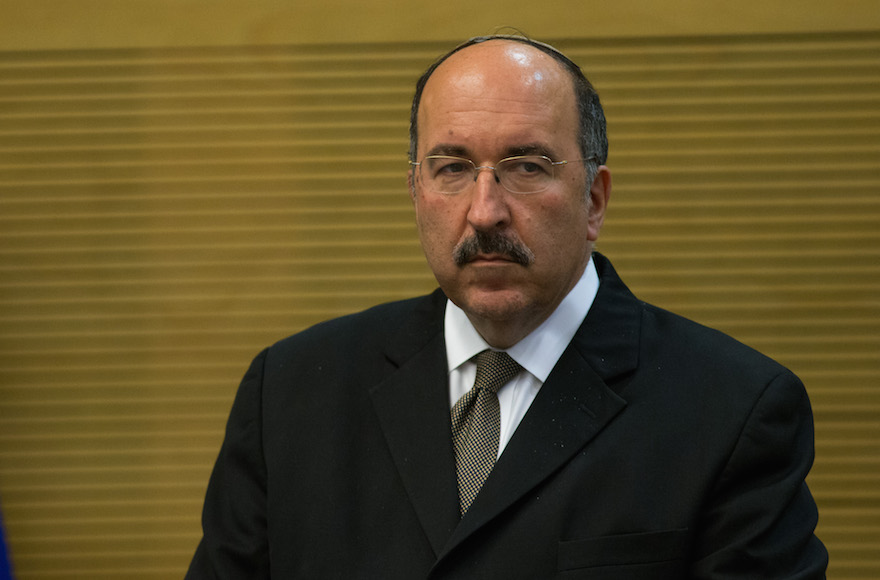 Dore Gold at a session of the State Control Committee at the Knesset in Jerusalem, July 25, 2016. (Yonatan Sindel/Flash90)
Advertisement

Gold, an American-born former Israeli ambassador to the United Nations, cited “personal reasons” in Thursday’s announcement, which came as a surprise. He served in the position for 16 months.

Reports have said that Gold, 63, had a falling-out with Netanyahu and that he was unhappy the prime minister excluded him from a tighter circle of personal advisers, including his personal envoy, Isaac Molho.

Gold had twice served as a foreign policy adviser to Netanyahu before becoming the country’s chief diplomat.

He formerly ran the Jerusalem Center for Public Affairs, a conservative think tank, a job that he reportedly will return to.

The Prime Minister’s Office announced late Thursday afternoon that Netanyahu had decided to appoint Yuval Rotem, the head of public diplomacy in the Foreign Ministry, as acting director general.

“I thank the prime minister for the trust he has placed in me and will continue to make myself available for any mission imposed on me in the future,” he said in a statement.

Rotem has served in the Foreign Ministry for 30 years. He previously served as ambassador to Australia, consul general in Los Angeles and head of the foreign minister’s staff.