Le Pen says as French president she would ban all religious symbols, including kippot 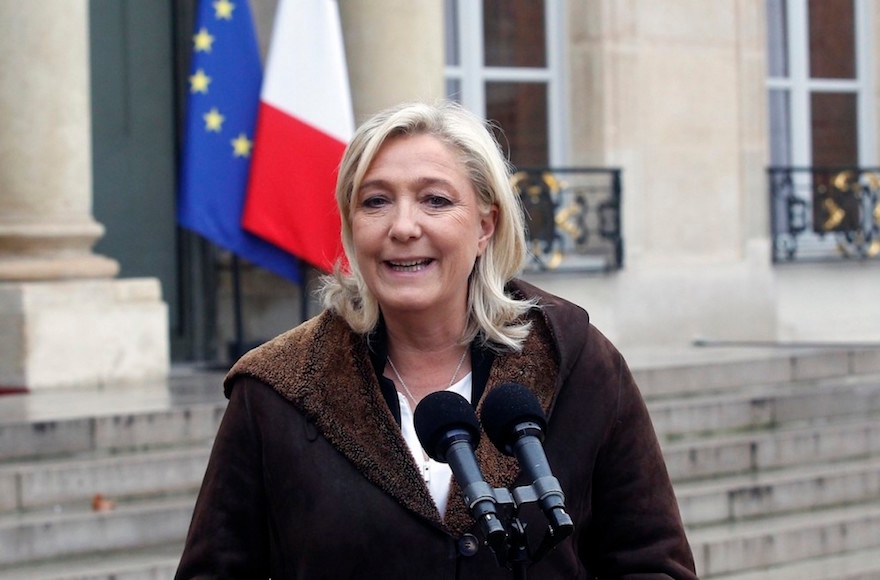 (JTA) — Marine Le Pen, the leader of France’s far-right National Front Party, vowed that if she is elected the country’s president she would ban all public displays of religious symbols and clothing, including kippot.

Le Pen made the statement during an interview on Sunday with France’s BFM-TV. She is expected to seek the country’s presidency in 2017. She heads the third-largest party in France.

Le Pen is seeking to broaden an existing law, called the headscarf ban, that does not allow conspicuous displays of religious symbols in public schools to include all public areas.

She called the ban a struggle against radical Islam, but added that Jewish and Christian symbols would have to be included in the ban in the name of equality and the “national interest.”

“I know it is a sacrifice but I think the situation is terrible these days…I know that every French person, including [French] Jews can understand that if we ask for this sacrifice from them [in the framework] of the battle against the advance of Islamic extremism, they will make this effort and understand it,” she said.