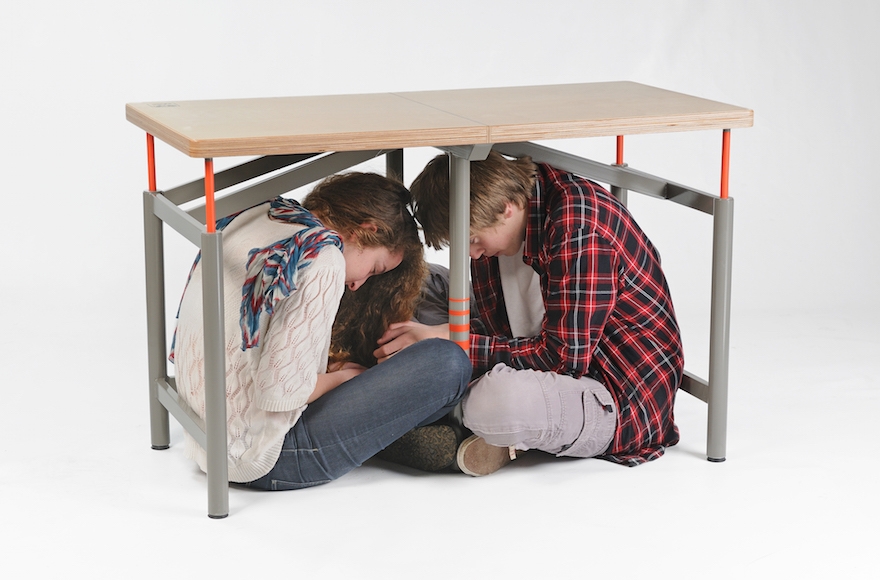 (JTA) — Israel donated 117 tables that provide shelter during earthquakes to schools in a Taiwanese city struck by a quake earlier this year.

Israel’s envoy to Taiwan, Asher Yarden, decided to cancel a celebration for Israel’s Independence Day in May to use the funds to buy the tables, which were designed by a student at the Bezalel Academy of Arts and Design in Jerusalem.

Yarden, who heads the Israel Economic and Cultural Office in Taipei, decided on the number 117 to honor the same number of people who died in February when an earthquake struck the city of Tainan.

During an earthquake, two students can take shelter under each table and protect themselves from debris and other hazards.

Arthur Brutter designed the tables as a final project at Bezalel. They have been displayed at the Museum of Modern Art in New York City.

“The gift of 117 earthquake tables to the children of Tainan is a wonderful example of the way design can contribute to the safety of children and enhance friendship between people,” said Bezalel professor Ido Bruno, who served as Brutter’s supervisor.

Sixty tables have been delivered to Tainan, with the rest to arrive soon.