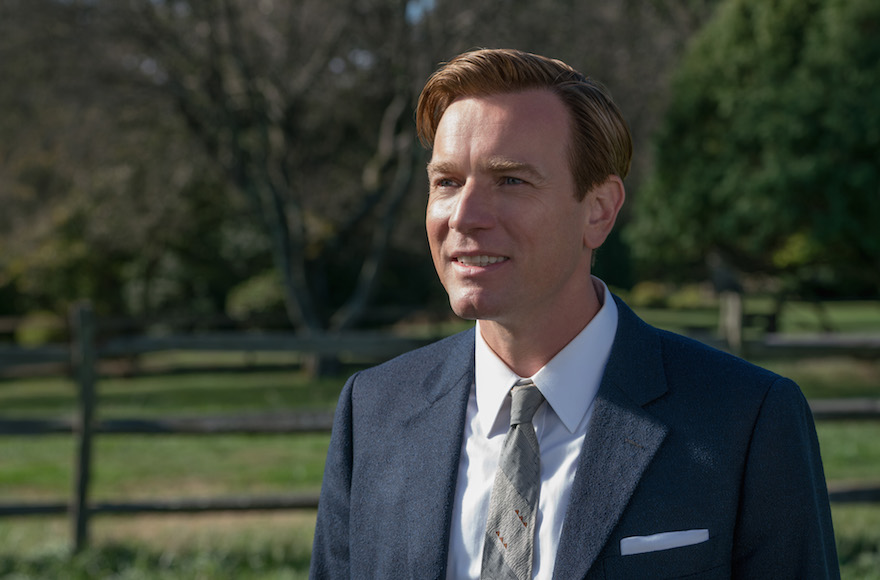 (JTA) — Which is braver: Riding a motorcycle across the length of Africa, or taking on an adaptation of a Philip Roth novel for your first directing gig?

For a second, actor Ewan McGregor is stumped by the question — but he quickly recovers.

“I think this [‘American Pastoral’] was more dangerous,” he told JTA, chuckling.

As part of his role as a UNICEF ambassador, in 2007 the leading man traveled 15,000 miles by motorcycle from Scotland through Europe and across Africa, all the way to Cape Town, South Africa. There his biggest obstacles were potholes.

But staying true to the Hollywood trope that every actor really just wants to direct, McGregor apparently sought an even bigger challenge with his desire to work behind the camera.

McGregor, of course, has spent the past two decades building a considerable reputation as an actor. Starting with his brilliant portrayal of heroin addict Mark Renton in “Trainspotting,” he has starred in well-received independent films such as “Salmon Fishing in Yemen” as well as blockbusters like “Moulin Rouge!” and the three “Star Wars” prequels, where he portrayed the young Obi-Wan Kenobi.

But the inaugural directorial project he decided to take on —  an adaptation of Roth’s Pulitzer Prize-winning novel — is one that might foil the most experienced directors.

“American Pastoral” is the eighth movie made of Roth’s work — nearly all of which have been critically panned and commercial failures. “Goodbye Columbus” was the exception, achieving both critical and commercial success on its release in 1969. More recently, “Indignation” received positive notices, but failed to gain traction with audiences.

Moreover, unlike “Columbus,” a novella, and “Indignation,” a shorter book, “Pastoral” is longer — the hardcover clocks in at 423 pages — more nuanced and, as a result, more difficult to adapt to the demands of the screen.

And if that wasn’t daunting enough, in addition to directing, McGregor also plays the lead role of Seymour Levov — a handsome, goyish-looking Jewish athlete turned successful businessman known as the Swede.

Yet none of this deterred the 45-year-old Scottish-born actor.

“I didn’t think it was dangerous at the time,” McGregor said. “I thought John Romano’s script was beautifully written and got right to the heart of the story.

“I didn’t feel it was an uphill battle. I didn’t think I had to reach for something because it was all there in the script. And if you’re going to start your directing career based on a novel, why not make it an amazing novel?”

“American Pastoral” is considered among the best, if not the best, of Roth’s works. In addition to the Pulitzer, it made Time magazine’s list of the 100 greatest novels of all time.

The book, like some other novels by Roth, is narrated by his alter ego, Nathan Zuckerman, and is centered on American and Jewish identity. Here, Zuckerman returns to Newark, New Jersey, for his 45th high school reunion to discover the Swede, his best friend’s larger-than-life big brother, had just died.

The Swede had seemed destined for greatness: He was a multi-sport star, a Marine Corps officer and heir to the family’s Newark glove factory. Over the objections of his father, Lou (Peter Riegert), he marries Dawn (Jennifer Connelly), the shiksa former beauty queen.

“Perfect wife, perfect house, perfect baby,” Zuckerman (David Strathairn) narrates. “Something was smiling down on him. This is the way I always thought it would be for him. He was the Swede.”

But it wasn’t to be. His daughter, Merry (played as a teenager by Dakota Fanning), is a stutterer with emotional problems. She becomes radicalized, plants bombs that kill three people and is forced to go underground. The Levov family disintegrates just as the nation around it erupts into riots, violent demonstrations and domestic terrorism.

McGregor said he had read Roth before: “The Human Stain,” “Portnoy’s Complaint” and “I Married a Communist” —  “which, to my shame, I didn’t complete,” he admitted.

But McGregor said he hadn’t read “American Pastoral” until after he had been offered the script. He agreed to the role, but as often happens in Hollywood, years went by and nothing happened.

“We got close to the film disappearing, so I threw myself into the mix and offered to direct,” he said. 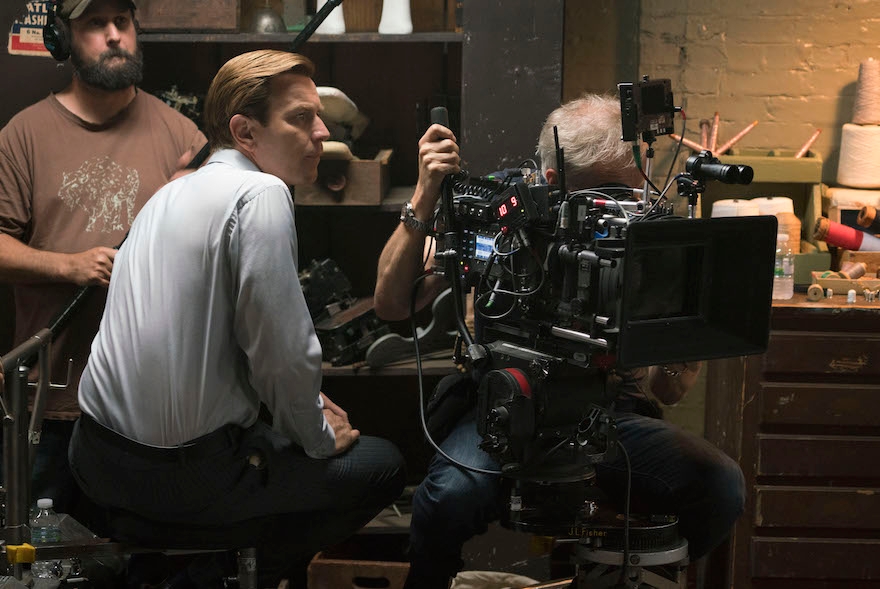 McGregor threw himself into the book, reading and rereading portions every day. He listened to Ron Silver’s audio recording while driving.

“My goal was to sop it up and sear the book into my soul,” he said.

And he largely succeeded. While some might disagree with what he put in and what he left out, McGregor effectively captured the book’s essence — that nothing is what it seems, that beneath the seeming tranquility of postwar American life simmered anger, subterfuge and lies.

McGregor also elicits extraordinary performances from his cast, particularly Fanning, whose emotional turmoil and its impact on her family is at times heartbreaking.

But not everyone is impressed — recent reviews have ranged from tepid to damning. The response from critics following the premiere at the Toronto International Film Festival in September was decidedly mixed, most often suggesting his direction was uninspired.

“I never read critics,” McGregor said. “I never liked to as an actor — I find it difficult to read harsh things about my performance. But I’m under no illusions. I know there were some hard ones coming out of Toronto.”

The reviews may be part of the reason he is so actively promoting the film — McGregor is making the rounds these days on TV with appearances on “The Today Show,” “Jimmy Kimmel Live!” and the like.

He’s been talking to the press, too — sometimes with unexpected results.

“I was reminded this morning [in another interview] that the Swede is not my first Jewish character,” McGregor said. “I played Jesus in “Last Days in the Desert.’”

It raises the issue of how comfortable he was playing a Jewish character. Very comfortable, it turns out.

“I’m married to a Jewish woman,” he said of wife Eve Mavrakis. “My children are Jewish and we brought them up as such. It is sort of the only religious experience I’ve ever had, so I was very proud to be telling this story since half my family is Jewish.”

McGregor said he attends synagogue from time to time with his family, which includes four daughters ranging in age from 5 to 20. Each of the older three have had a bat mitzvah.

Perhaps because he himself is not Jewish, McGregor took extra care with Jewish tradition in the film, a touch he added at the movie’s denouement.

“I wanted the Mourner’s Kaddish at the end of the film [at Swede’s burial],” he said. “It was not of great importance to him, but I think it’s part of what Roth was exploring, if we can turn our backs on who we are.”

McGregor had recently returned from Iraq, where he visited several refugee camps and spoke at UNICEF offices.

Asked if he had ever heard the expression “tikkun olam” — he hadn’t — I suggested that his efforts to repair the world were, in a small way, very Jewish and appreciated.

“That’s a lovely thing to say and means a great deal to me,” McGregor said, demonstrating the kind of “nice guy” temperament that had made the Swede famous in Newark.

(“American Pastoral” opens in 15 cities across the country on Oct. 21 and expands nationally in the following weeks.)