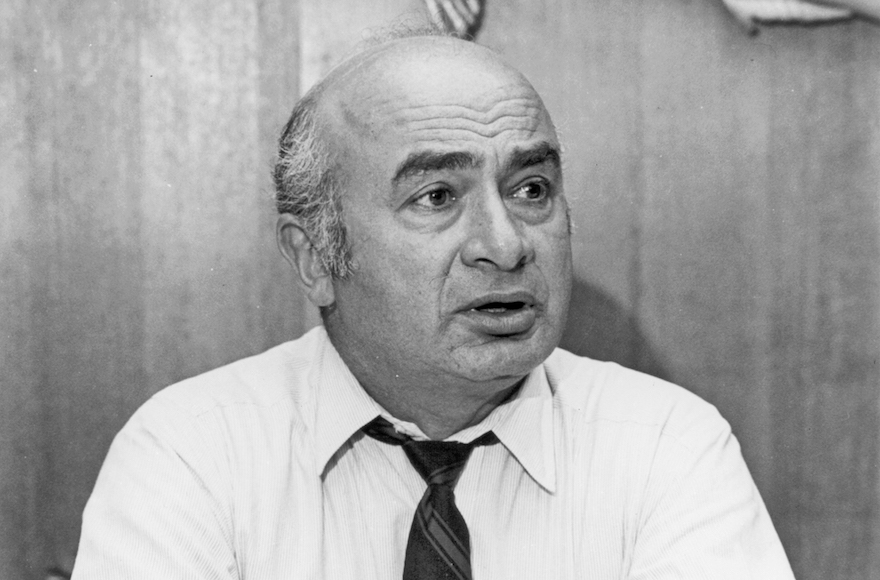 (JTA) — Phil Chess, who co-founded the pioneering blues record label Chess Records with his brother Leonard, has died at 95.

The famed executive and producer, who was in good health for his age, died overnight at his home in Tucson, Arizona, the Chicago Sun-Times reported Wednesday.

Chess, born Fiszel Czyz in Czestochowa, Poland, immigrated to Chicago with his Jewish family in 1928. He and his brother founded Chess Records in 1950, and the label would go on to sign blues and R&B artists such as Muddy Waters, Howlin’ Wolf, Bo Diddley, Chuck Berry, Etta James and Buddy Guy. Chess Records is often credited with making Chicago the epicenter of early blues rock and laying the groundwork for the rock music of the 1960s and ’70s.

“[N]ow you can take a walk down State Street today and see a portrait of Muddy [Waters] that’s 10 stories tall,” Guy, a guitarist, told the Sun-Times on Wednesday. “The Chess brothers had a lot to do with that. They started Chess Records and made Chicago what it is today — the blues capital of the world. I’ll always be grateful for that.”

The genesis of Chess Records was dramatized in the 2008 film “Cadillac Records” starring Beyonce and Adrian Brody.

Leonard Chess died in 1969 at 52, a few months after Chess Records was sold to General Recorded Tape and three years before the label had its first Billboard-topping single (Berry’s “My Ding-a-Ling”). Phil Chess retired from the music industry shortly after.

The Chess brothers were inducted into the Blues Hall of Fame in 1995, and Phil Chess won the Recording Academy’s Trustees Award in 2013.