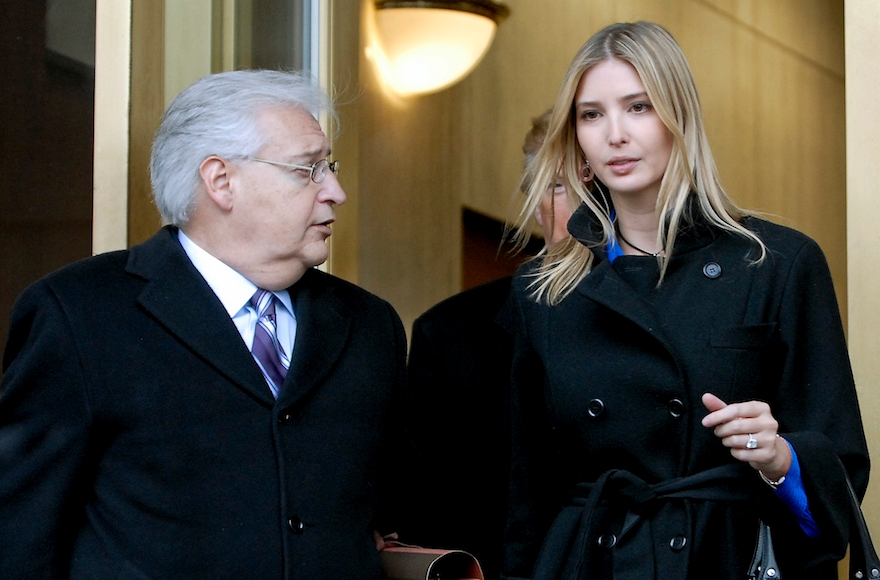 JERUSALEM (JTA) — David Friedman, an adviser on Israel to the presidential campaign of Donald Trump, said there is no anti-Semitic sentiment among the candidate’s supporters, during an interview with an Israeli television station.

When asked whether the Trump campaign had been damaged by accusations of anti-Semitism during an interview on Israel’s Channel 2, Friedman countered that: “There is anti-Semitic sentiment among Clinton’s supporters.”

“The danger in the U.S. is on the left, not on the right,” Friedman said. “I’m not saying that there aren’t neo-Nazis floating around in the United States, because I’m sure there are. But the movement we ought to be concerned about is on the left.”

Friedman’s assertions comes a week after an Anti-Defamation League task force tracking a “spike” in online harassment of journalists credited self-identified supporters of Donald Trump with the lion’s share of the anti-Semitic tweets aimed at reporters and broadcasters.

While much of the online harassment of journalists was sent anonymously, the ADL noted that they originated with a number of overlapping “communities” associated with the alt-right and white nationalist movements. It also identified two neo-Nazis, who also are outspoken Trump supporters, as responsible for many of the attacks: Andrew Anglin, founder of the white supremacist website “The Daily Stormer,” and Lee Rogers of Infostormer (formerly The Daily Slave).

When asked by Channel 2 about the ADL task force’s conclusions, Friedman said he could not speak to particular groups of victims, and that the ADL “has lost, frankly, all credibility” under director Jonathan Greenblatt, who he called a “former J Street advocate.” Greenblatt, who has headed ADL for over a year, in fact, has never worked for the left-leaning J Street.

Friedman pointed to several polls showing Trump leading in the upcoming election and said that Trump would accept the election results if there is a clear victor.