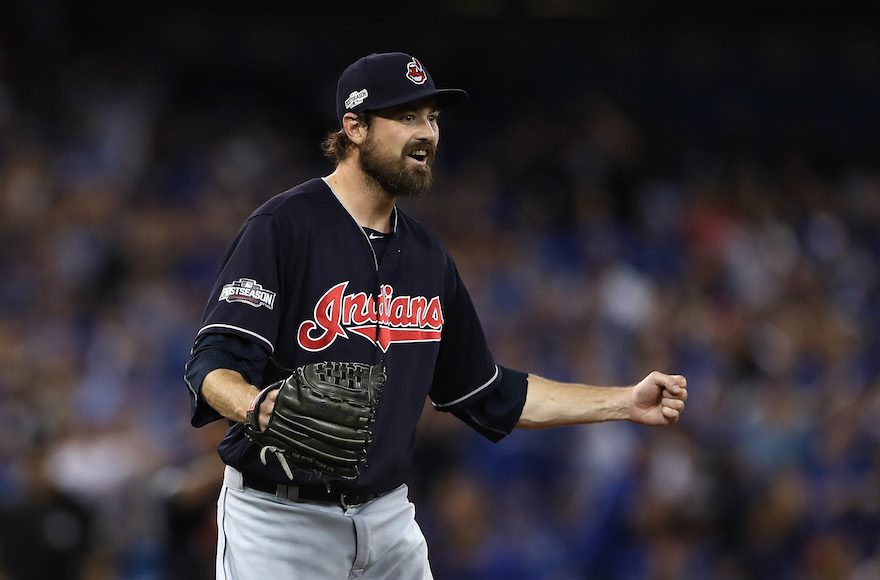 Cleveland Indians fans have many players to thank for the team’s deep run through the MLB playoffs, but one stands out among the rest: reliever Andrew Miller.

Miller, 31, has been a godsend for the Tribe since the team acquired him from the New York Yankees at the end of July trade deadline. The late inning setup man allowed only 5 earned runs over the final two months of the season and has not allowed a run in the playoffs as of Wednesday. He was named the Most Valuable Player of the American League Championship Series against the Toronto Blue Jays — the first ever pitcher to do so having not started a game or entered a game in the ninth inning (as a closer normally would).

Many fans are probably asking themselves the same question: is the lefty hurler Jewish? After all, Miller is one of the most common Jewish surnames (Jewish genealogy site Avotaynu claims it is the third most common Jewish last name, behind only Cohen and Levy).

However, there is no evidence that this Miller, born to parents David and Kim Miller in Gainesville, Florida, is Jewish. The name is obviously popular among gentiles as well — the 2010 census found that it was the 6th most popular last name overall in the entire country.

Still, he’s a member of a different Tribe on the field — and Cleveland fans are probably satisfied with that.