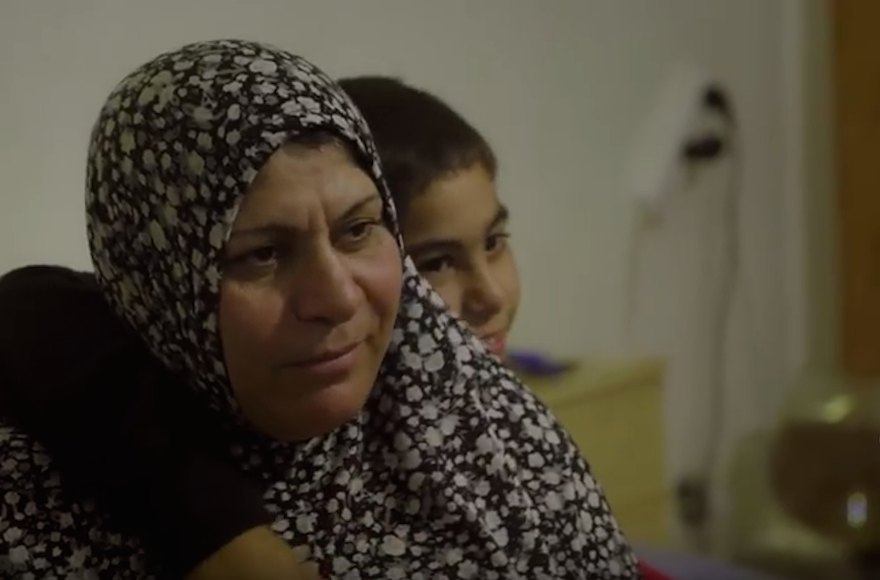 LOS ANGELES (JTA) — Israel’s Oscar quest for 2017 got off to a hopeful start by placing on the first shortlist of documentary contenders released for the 89th Academy Awards.

“The Mute’s House,” entered by the Sam Spiegel Film & Television School in Jerusalem, made the list of 10 documentary short subjects, winnowed from 61 entries. The list was announced Wednesday.

The 31-minute film was made as a student documentary last year by Tamar Kay as director, writer and co-producer. It takes place in the Israeli part of the West Bank city of Hebron, whose last remaining Palestinian residents are 8-year old Yousef and his deaf mother, Sahar.

Israeli soldiers call the otherwise deserted building housing mother and son “The Mute’s House” (“Bet Ha’Lammet” in Hebrew), even though Sahar is quite vocal.

Tourist agencies have included the little Palestinian island in the Jewish quarter as a tourist attraction, and guides explain that mother and son have withstood all Palestinian threats and bullying to stay in the building.

Yousef has the rare privilege of crossing from the Jewish territory of Hebron to attend school in the Palestinian part of the city, though none of his classmates can visit his home, nor could filmmaker Kay cross over from the Israeli area to the Palestinian quarter.

Yousef was born with only one arm but amuses himself with the chickens, cats and rabbits that forage among the ruins, plays the guitar and is an avid fan of video games.

The shortlist will be cut to five nominees to be announced Jan. 24. The winner will raise the golden statuette at the Oscars on Feb. 26, to be televised to 225 countries and territories around the globe.