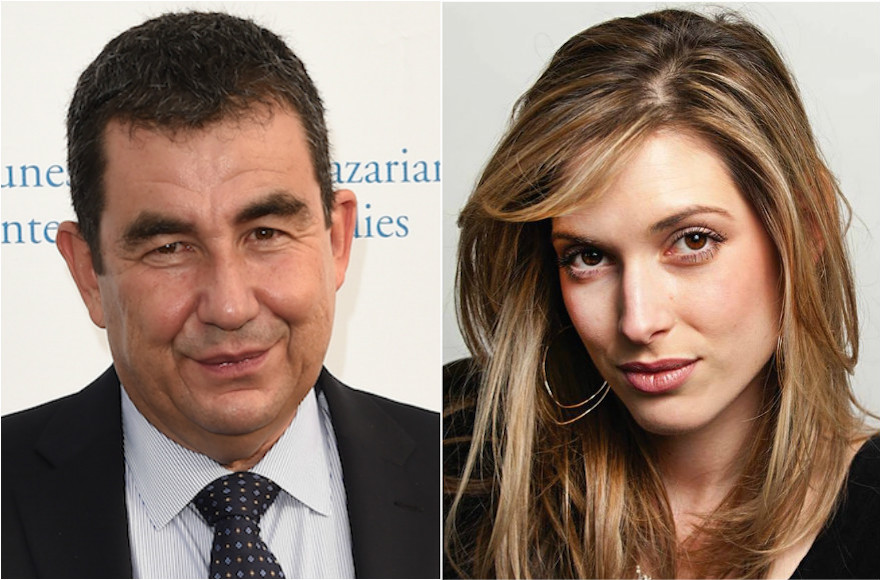 “We actively oppose rape culture and sexual assault on campus and are committed to supporting survivors,” Hillel International President Eric Fingerhut said in a statement Thursday.

Other Jewish organizations that frequently host or arrange speaking tours told JTA that they did not have defined policies on speakers accused of sexual assault, but that the Shavit incident would prompt consideration of such a policy.

Earlier Thursday, Shavit acknowledged that he was the unnamed journalist described in reporter Danielle Berrin’s account of an interview during which he grabbed and propositioned her. He did not deny her account, but in an apology called the encounter a “misunderstanding.”

“As individuals, we may not have all the tools to eliminate the scourge of sexual assault on campus, but as a community, we have the responsibility to educate ourselves and others in order to increase campus safety, and to support survivors when they share their stories,” Sheila Katz, Hillel International’s vice president of social entrepreneurship, wrote in an op-ed this month in New Voices magazine.

The Hillel statement came just hours after Shavit acknowledged his role in the encounter.

In the article published last week in the Jewish Journal of Los Angeles, Berrin wrote that while interviewing the Israeli author in 2014, Shavit “lurched at me like a barnyard animal, grabbing the back of my head, pulling me toward him.” Berrin wrote that Shavit continued to harass her until she ended the encounter.

Berrin authored the piece, she said, in light of the national “conversation” on sexual assault prompted by accusations made against Republican presidential candidate Donald Trump.

“But my story is not unique,” she wrote. “Every woman — probably every single woman in this world — knows the feeling I felt walking to my car at night with a man who couldn’t keep his hands to himself.”

In a statement Thursday, Shavit, author of the widely lauded 2013 book “My Promised Land: The Triumph and Tragedy of Israel,” apologized for his actions and said he “misconstrued” the situation as “a friendly conversation that included some courtship.”

“I did not for a moment think it involved any sexual harassment,” he said. “But what I saw as courtship, Berrin saw as inappropriate, even harassing behavior on my part.”

A spokesman for the Jewish Federations of North America told JTA that had JFNA been arranging a speaking tour for Shavit, he would have been suspended. Similar cases would also merit suspension, the spokesman said.

“He would be suspended immediately based on his admission of harassment alone, never mind that the reporter describes it as assault,” the spokesman said.

The JCC Association of North America told JTA that its policy of zero tolerance for sexual assault extends to speakers.

The Jewish Book Council, which helps arrange speaking tours for authors, said it would discuss a policy following the Shavit allegations.