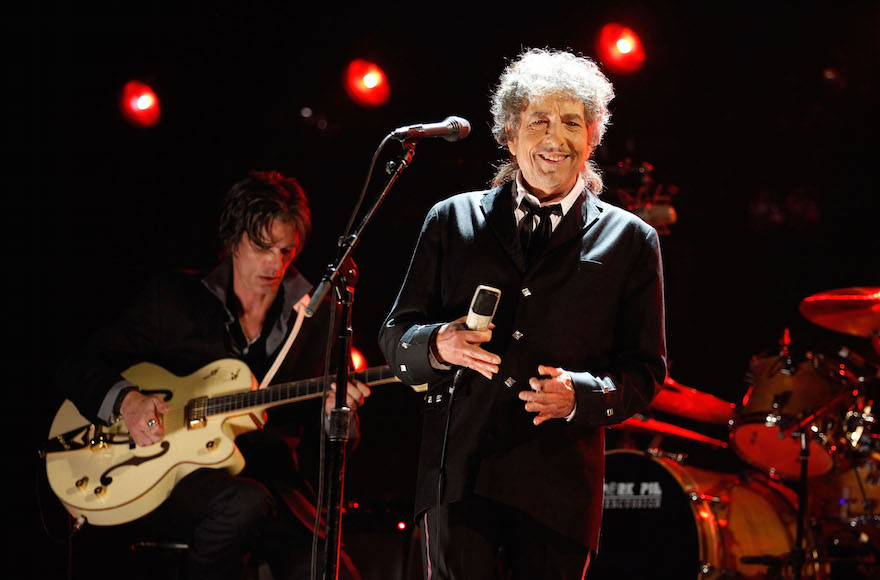 (JTA) — Bob Dylan has acknowledged receiving the Nobel Prize for Literature two weeks after his award was announced.

“The news about the Nobel Prize left me speechless,” he told Sara Danius, permanent secretary of the Swedish Academy, according to a statement on the Nobel Prize’s website. “I appreciate the honor so much.”

Danius also told Swedish Radio that Dylan is not obliged to attend the prize ceremony, but is required to deliver a lecture or perform a song.

Dylan’s prize was announced on Oct. 13 “for having created new poetic expressions within the great American song tradition.” The Swedish Academy later said that after five days of trying to contact Dylan to personally inform him of the award, it had given up.

Dylan told the London-based The Telegraph in an interview posted on its website Friday that “if it’s at all possible,” he wants to attend the Dec. 10 prize ceremony in Stockholm. The Swedish Academy said on its website that it had yet to be decided whether Dylan will attend any events during the Nobel Week in Stockholm ahead of the awards ceremony, where Dylan is to receive the $927,740 prize.

He told The Telegraph that receiving the prize “is hard to believe.”

Dylan, 75, is the first artist seen primarily as a songwriter to win the award, a fact that has stirred debate in literary circles. Some writers, such as the poets Amy King and Danniel Schoonebeek, have called for him to turn down the award.