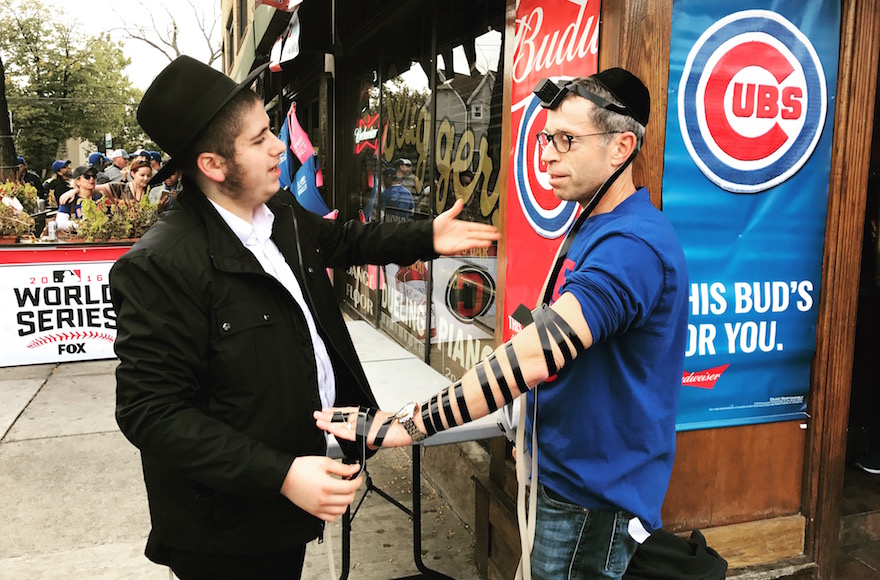 If at first you don’t succeed — wrap, wrap again.

Chabad Rabbi David Kotlarsky, who offers Chicago Cubs fans the opportunity to don tefillin at a booth outside of Wrigley Field, was at it again this year, as Wrigley hosted its first three World Series games in 71 years.

Kotlarsky, co-director of Chabad of East Lakeview on Chicago’s North Side, has been offering fans spiritual support and help wrapping tefillin since the start of last season. The home team made it as far as the National League Championship Series in 2015 before being swept aside by the New York Mets. 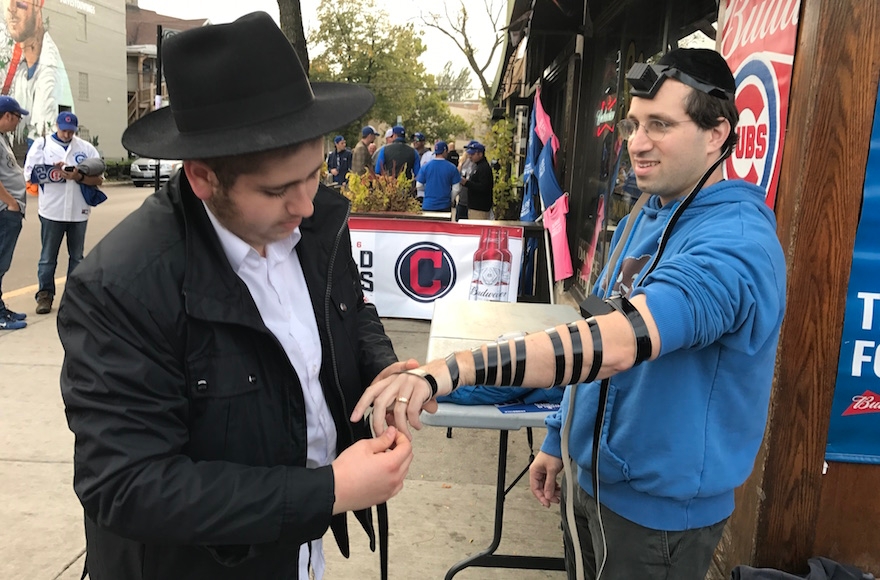 The Chabadniks set up shop again this year, with notably better results: The Cubs won the NL pennant to earn a berth in the Series against the Cleveland Indians and a shot at their first championship since 1908. Alas for Chicago fans, their team lost two out of three Series games at Wrigley to fall to a 3-2 deficit.

As the Series returns to Cleveland on Tuesday night, Kotlarsky can only watch from home and pray that his team, well, wraps up the championship in seven. 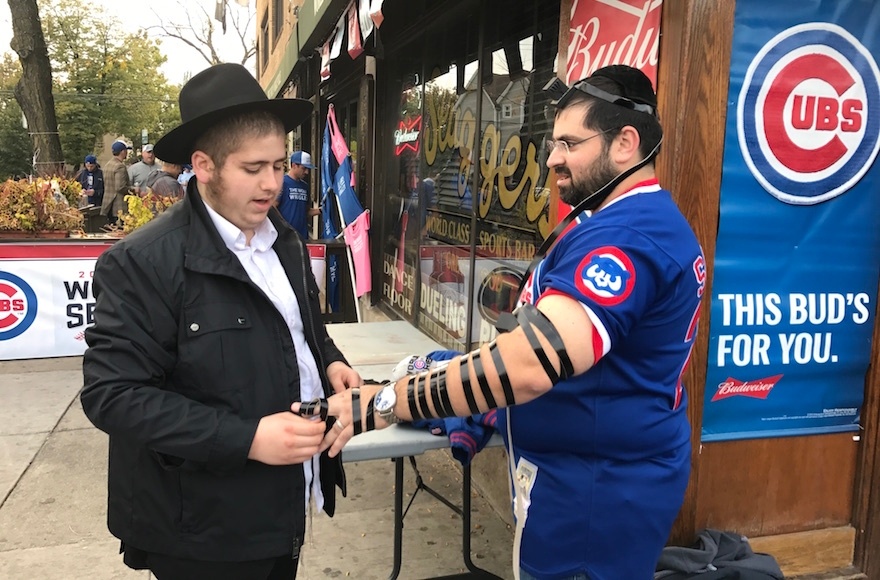 Max Tolsky with a member of the Chabad movement outside Wrigley. (Molly Tolsky)