These Ivanka Trump fans are getting surgery to look like her 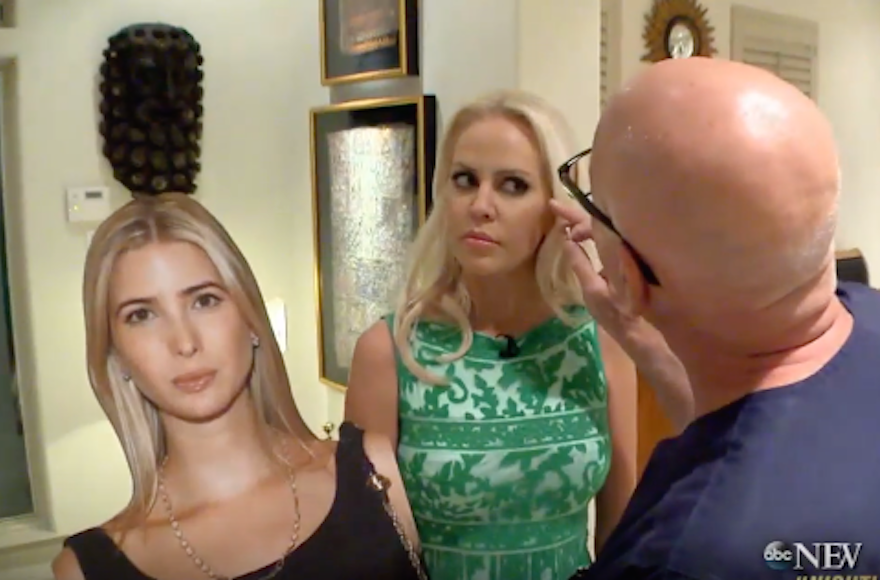 Jenny Stuart with Dr. Franklin Rose, who performed surgeries on her to look like Ivanka Trump. (Screenshot from YouTube)
Advertisement

Some women are calling out Ivanka Trump for standing by her father, even after he was caught on tape boasting about groping women. But others remain smitten by her — so infatuated, in fact, that they are going under the knife to look like her. 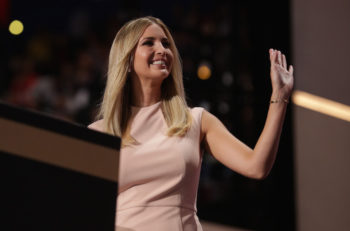 Ivanka Trump waving to the crowd as she walks on stage to deliver a speech at the Republican National Convention at the Quicken Loans Arena in Cleveland, July 21, 2016. (Chip Somodevilla/Getty Images)

“She’s very beautiful and she’s very poised… and very elegant and very soft-spoken,”  Dr. Franklin Rose told ABC’s Nightline. “So patients want to be like that.”

Ivanka’s most popular features among his patients are her breasts, nose and face shape, Rose told ABC. 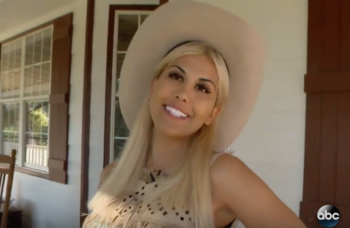 “I like Ivanka Trump’s classic features, and that’s what I’m kind of modeling the look after,” said Taylor, a Donald Trump supporter.

Among her surgeries were breast implants, a nose job, cheek injections, eye and chin lifts and liposuction.

“Don’t judge until you try it, right?” she said.

Taylor also emulates Trump’s style — the Nightline clip shows her with bandages on her face, shopping for dresses at Neiman Marcus.

Jenny Stuart, 36 — who has “been told probably hundreds of times that I look like Angelina Jolie,” she told Nightline — also loves Trump’s look. In fulfilling her quest to emulate the presidential nominee’s daughter, Rose gave Stuart a “Brazilian butt lift,” breast implants and changes to her nose and face.

Ironically, while Stuart said she’s a big fan of Ivanka — a businesswoman and adviser to her father who converted to Judaism prior to marrying Jewish real estate developer Jared Kushner in 2009 — she’s not voting for Donald Trump.

“It might seem ironic to some I’ve spent all this time and money to try and look like Ivanka, who I still adore and I think she’s gorgeous and a good business woman, but I don’t associate her with father,” Stuart said. “I cannot possibly condone his behavior even though I have historically voted Republican … so I voted for Hillary.”