7 top Jewish podcasts, from Orthodox views on sex to Israel’s own ‘This American Life’ 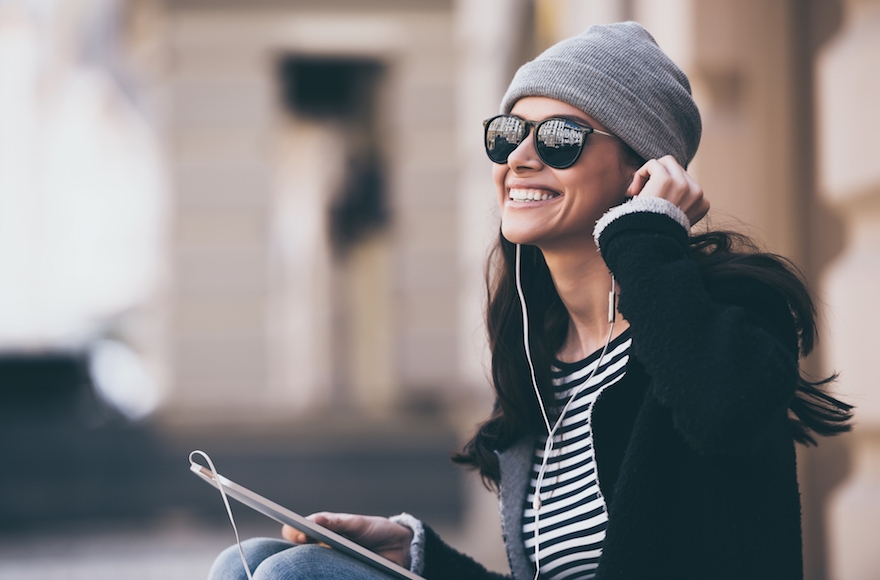 Whether you’d like to get an insider look at Israeli culture, learn about Orthodox perspectives on taboo sexual topics or simply pass time on your morning commute, there’s a podcast for you. Think of podcasts as radio on demand, with formats ranging from one-shmoozer-with-a-microphone to professionally produced field reporting.

This month, one of the best of the Jewish podcasts, “Israel Story,” is touring the U.S. with a show called “That’s What She Said” presenting a diverse set of Israeli women’s voices. It will feature stage adaptations of stories heard on the show combined with live music, dance and video. The tour will include stops in Manhattan, Baltimore and Chicago.

For those who can’t make it to the live shows, we curated a list of top Jewish-themed podcasts, from the funny and lighthearted to the eye-opening and serious. Just download them to your phone or computer, plug in your earphones and listen.

Israel Story
“This American Life” — the gold standard in radio and podcast storytelling — spawned this unapologetic Israeli imitator in English and Hebrew versions. “Israel Story” is the closest anyone has come in a long time to introducing the rest of the world — including Diaspora Jews — to the messy, complicated Israeli reality beyond conflict and clichés. The first English episode featured a sweet and funny story about the painful lengths to which Israeli soldiers will go to get sick leave, a useful corrective for American Jews who tend to idolize the Israeli military.

Heavyweight
Jonathan Goldstein is a Canadian fiction writer and broadcaster whose previous long-running “Wiretap” podcast for the Canadian Broadcasting Corp. showcased his wry, self-deprecating humor, as well as his literary chops and skills as an off-kilter interviewer. In his new podcast, “Heavyweight,” he creates more of the long-form radio documentaries that have made him a well-known contributor on “This American Life.” An early episode about his attempt to reunite his aging Brooklyn-born father with an estranged uncle in Florida is like a “Seinfeld” episode written by Philip Roth.

2 Minutes of Torah
Want an easy way to incorporate a bit of Jewish study into your busy life? In this short podcast Rabbi Danny Burkeman, an England native who now works at The Community Synagogue in Port Washington, New York, provides his interpretation of the weekly Torah portion. Burkeman makes the Torah, which can sometimes seem far removed from our daily lives, accessible by relating it to current events and issues, including the refugee crisis and the recent Rio Olympics.

The Promised Podcast
Three Israel-based hosts present an insider’s view of the country’s politics. Allison Kaplan, a journalist for the Haaretz daily; Don Futterman, who works to promote democracy and peace in Israel for the Moriah Fund, and Noah Efron, a technology and science professor at Bar-Ilan University, host the program. Topics of  discussion include religious freedom, Zionism and U.S.-Israel relations.

Streetwise Hebrew
Forget about Hebrew school classes that left you bored and — let’s face it — completely unable to carry on a conversation in Hebrew. In this “bite-sized” podcast, host and former journalist Guy Sharett, who speaks seven languages, teaches modern Hebrew by focusing on “gems” such as slang or biblical idioms that are in use today. Sharett offers listeners a glimpse into unique words and phrases; he also provides an insight into Israeli culture. Some of the unconventional sources for his lessons include graffiti, street signs, tombstones and sewer covers.

Seincast
Still can’t get over the fact that “Seinfeld” ended in 1998? This podcast lets you relive the glory days of Jerry, George, Kramer and Elaine. Every week, hosts Matt Williams and Vinnie Freda — “two guys who can barely run their own lives” — provide literary-style analyses of one episode of Jerry Seinfeld‘s super-Jewy sitcom, which ran for nine seasons. The duo discuss and explain “the excruciating minutiae of every single, weekly event” — but be sure to check out their Tumblr page for additional gems, like a photo of a “Seinfeld”-themed slot machine.

Feminist? Yiddish speaker? This millennial’s podcast is for you