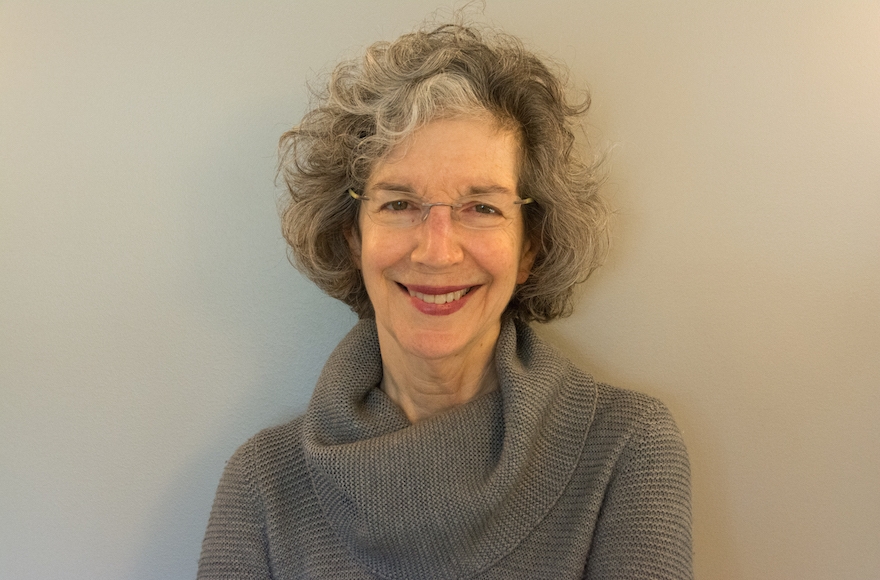 Riv-Ellen Prell said she's not voting for Clinton solely because she's a woman, but is proud to support her policies. (Courtesy of Prell)
Advertisement

NEW YORK (JTA) — In 1972, Susannah Heschel submitted an application to the Jewish Theological Seminary rabbinical school as a protest of its refusal to ordain women at the time.

In the 1980s, she originated the practice of placing an orange on the seder plate to symbolize the inclusion of women and other marginalized Jews. At that time, she also published “On Being a Jewish Feminist,” a collection of essays.

As a longtime Jewish feminist, Heschel is glad that Hillary Clinton broke a barrier this year by being the first woman nominated as president by a major party. Should she win the election next week, Clinton will break another barrier. Heschel said “the fact that a woman is running is also important to me,” and called the Democratic nominee “someone who is very attuned to sexism and racism.”

But mostly, Heschel is scared of Donald Trump, Clinton’s Republican rival for the White House. She says Trump has brought currents of hate into the mainstream that she thought were once relegated to the fringes. As a Jew and as a woman, she is afraid of what Trump and his supporters mean for the country.

“I feel less in the celebratory mood as I do in a mood of terrible worry,” Heschel said. “I thought the Ku Klux Klan was finished. I thought David Duke was finished. I never thought in the United States someone would be chanting ‘Jew-S-A.’ I never thought someone running for the office of president would talk in such an ugly, vulgar and racist fashion.”

What many hoped would be an ascendant moment for Jewish feminists like Heschel has instead become one of anxiety and fear. Nearly a century after women gained the vote, a woman is on the verge of becoming president of the United States. And these activists say Clinton is the right woman: hardworking, smart, and a determined activist for women and families.

But as they talk about the election, Heschel and a handful of other prominent Jewish feminists kept returning to their fear of Trump and what they say he represents: a strain of misogyny and hate that could reverberate on Election Day and beyond whether or not Trump wins. They pointed to his controversial comments about women, as well as the dozen allegations against him of sexual assault. 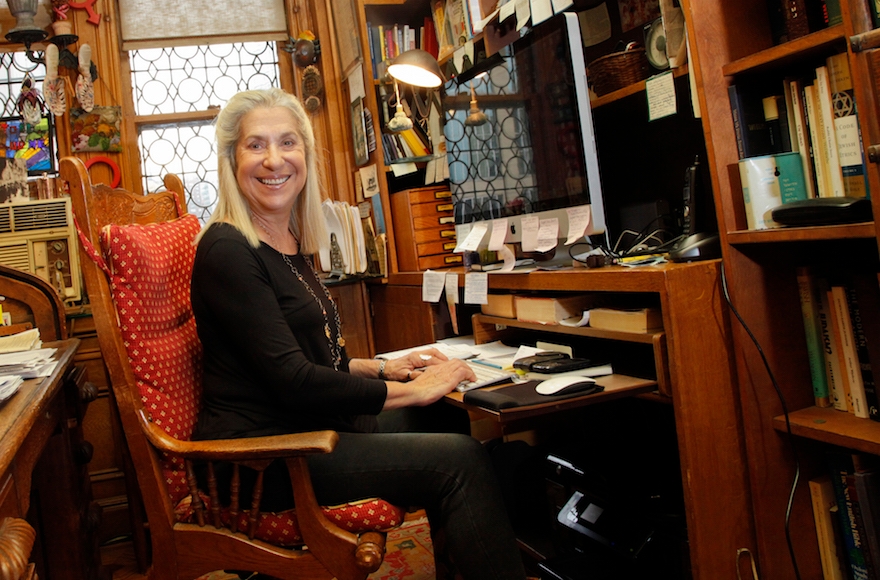 Letty Cottin Pogrebin compares the rise of Donald Trump to that of the Nazi Party in 1930s Germany. (Mike Lovett)

“I think he’s opened up for all to view how serious are the negative attitudes that we have to overcome, and he represents a particular misogynist view that does exist in America,” said Blu Greenberg, co-founder of the Jewish Orthodox Feminist Alliance. “Almost 60 years after the onset of the feminist movement, that someone can still express those chauvinistic and misogynist views and find support for it shows how deep that vein runs in social history.”

For some Jewish feminists, having a woman in office isn’t the only priority, regardless of a candidate’s views. Riv-Ellen Prell, a professor of American studies and Jewish studies at the University of Minnesota, supported then-Sen. Barack Obama’s primary run against Clinton in 2008 because she supported his policies. A few women noted that other developed countries, from the United Kingdom to Germany to Israel, first elected female leaders decades ago.

“I didn’t believe, ever, in an essentialist feminism that assumed any woman who ran would be my choice,” Prell said. “I definitely like to think I came of age politically when Margaret Thatcher was elected in England, so I never thought that [just] being a woman was enough for anything.”

The National Council of Jewish Women, which has been active for 120 years, advocates for issues such as reproductive rights and combating domestic violence, not specific candidates. But Nancy Kaufman, the organization’s CEO, said “the horrific way women have been treated during this election cycle” has resonated with women of all ages.

A few Jewish feminists said that in an environment of rising misogyny, Clinton is the right candidate. Letty Cottin Pogrebin, the author and activist who worked on a committee with Clinton to expand access to child care in the early 1990s, said Clinton is determined and focused.

“‘There’s nobody smarter, really,” she said. “She just gets it. She does her homework and she doesn’t trumpet it around.”

But Cottin Pogrebin, too, said she was filled with fear, and compared Trump’s rise to that of the Nazi Party in 1930s Germany. 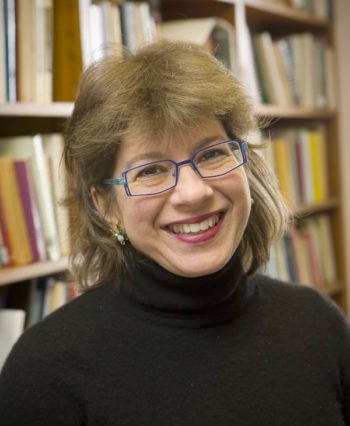 “Everyone in Berlin in 1933 thought they were safe,” she said. “How could anything happen that will disturb their success? That’s where we are. Everyone is afraid of making these comparisons, but I think you have to name it when you see it.”

READ: In NJ, a Trump-Clinton surrogates’ debate gets almost as nasty as the real thing

If Clinton wins, Jewish feminists hope she will, through her actions and presence, encourage more women to take leadership positions.

“Having Hillary Clinton as the Democratic nominee for president is wonderful and empowering for generations of women,” said Susan Weidman Schneider, editor of the Jewish feminist Lilith magazine. “It’s barrier-breaking not just for the presidency, but it’s enormously exciting as a moment for women who want to effect change.”

But others feared the backlash of even more misogyny they said was sure to come. Just as Obama’s administration led to increased polarization on issues of race, they said, a Hillary Clinton presidency could mean that some people become more dismissive of fights for women’s rights.

“As significant as it was for that election to occur, the idea that it would restructure everything about race and racial hierarchy in society seems ridiculous,” said Prell of the 2008 election. “We’ll see a very simple thing at play: If and when we elect a woman as president, people will say, ‘Well, there can’t be anything sexist in society because we have a woman in leadership.’”