Trump invites Netanyahu to meet in US at ‘first opportunity’ 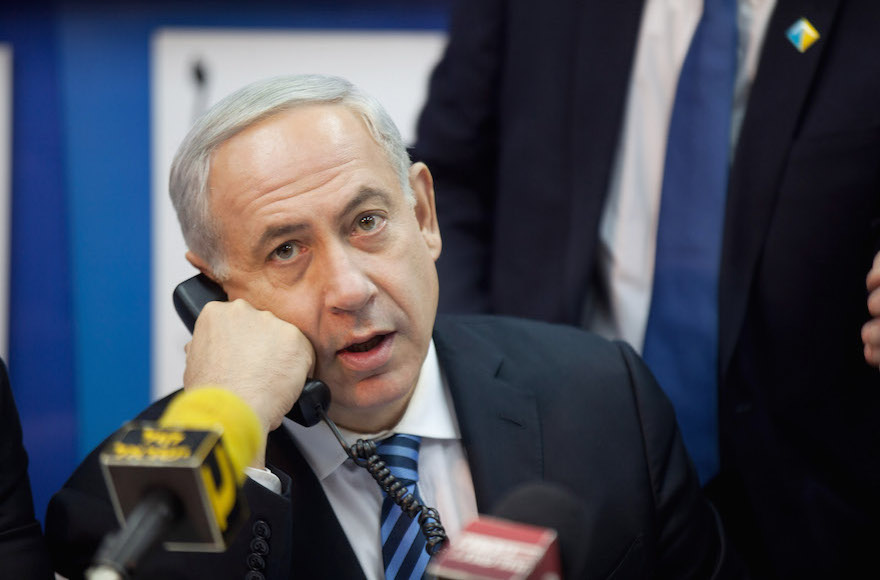 (JTA) — President-elect Donald Trump invited Prime Minister Benjamin Netanyahu of Israel to meet with him in the United States “at the first opportunity.”

A statement by the Prime Minister’s Office described a Wednesday phone conversation between Trump and Netanyahu as “warm and heartfelt.”

During the call, Netanyahu congratulated Trump on his victory and said that both he and his wife, Sara, were looking forward to meeting the president-elect and his wife, Melania.

Trump and Netanyahu also discussed “regional issues,” the statement said without elaborating on the specifics of the conversation.

Earlier Wednesday, Netanyahu congratulated Trump on his presidential victory, calling him a “true friend of the State of Israel.”

“I look forward to working with him to advance security, stability and peace in our region,” Netanyahu said in a statement in which he declared, “The ironclad bond between the United States and Israel is rooted in shared values, buttressed by shared interests and driven by a shared destiny.

“I am confident that President-elect Trump and I will continue to strengthen the unique alliance between our two countries and bring it to ever greater heights.”