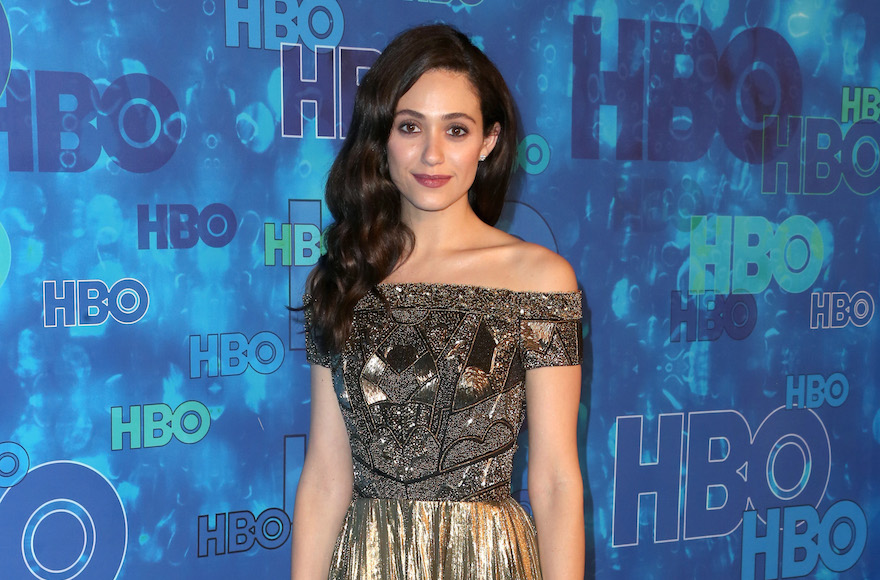 (JTA) — Emmy Rossum claims she was harassed on Twitter by anti-Semitic supporters of President-elect Donald Trump.

Rossum, who is Jewish and stars on the Showtime show “Shameless,” said Saturday that she has received messages saying “get ready for the trains” and threatening to send her “to the gas chambers.”

Trump supporters are sending me messages threatening to send me & my "ilk" to the gas chambers & writing hashtags like "#sieg hiel". NOT OK.

Telling anyone to "get ready for the trains" in reference to WWII is disgusting & offensive.Reporting you to twitter is not enough.Back off.

She tweeted an example of one anti-Semitic message, which included an image of the entrance to Auschwitz adorned with the Trump Tower logo.

No matter WHO you voted for, I don't care, THIS is not okay. "You will be seeing a train shortly" pic.twitter.com/cvQP6Fegz4

Rossum, 30, had said previously that the outcome of the presidential election felt “personal” to her because she is Jewish.

I am a woman. I am Jewish. I am marrying an Arab American. My sister in law is handicapped. I'm a victim of sexual violence. It's personal.

She has been engaged to Egyptian-American director Sam Esmail, creator of the television series “Mr. Robot,” since August 2015.