Bannon and Breitbart: Friends of Israel, not anti-Semites 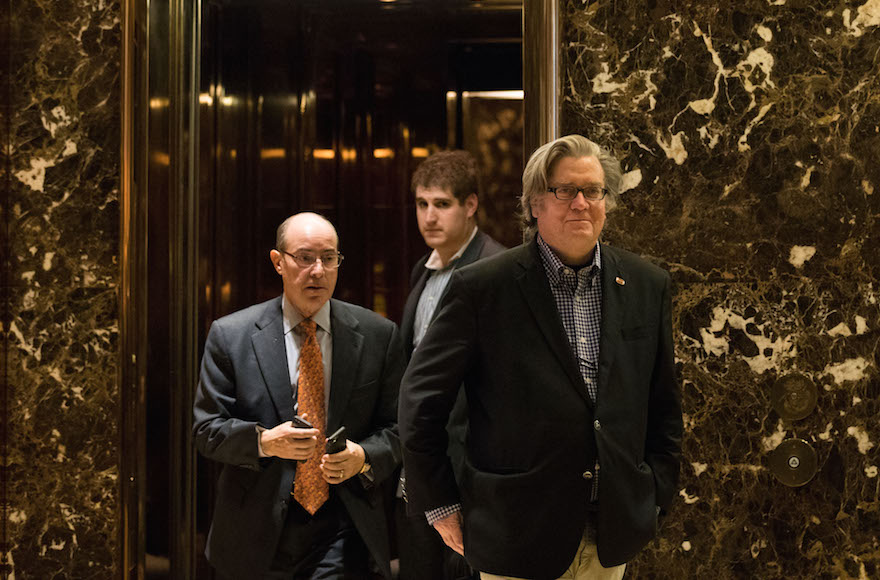 (JTA) — In his inspiring book “Words That Hurt, Words that Heal,” Rabbi Joseph Telushkin wrote: “Because words can be used to inflict devastating and irrevocable suffering, Jewish teachings go so far as to compare cruel words to murder.”

Thus it is painful to see the malicious character assassination and false accusations of “anti-Semitism” being hurled against President-elect Trump’s appointee Stephen Bannon and Bannon’s company, Breitbart Media.

In fact, as pro-Israel writer and Breitbart senior editor Joel B. Pollak wrote, Bannon is “an American patriot who defends Israel & has deep empathy for the Jewish people.” Pollak is an Orthodox Jew; would an Orthodox Jew praise Bannon and tolerate spending  six years working with Bannon if he were an ugly Jew hater and Israel basher?

ZOA’s own experience and analysis of Breitbart articles confirms Bannon’s and Breitbart’s friendship and fair-mindedness toward the Jewish people and Israel. To accuse Bannon and Breitbart of anti-Semitism is Orwellian. In fact, Breitbart bravely fights against anti-Semitism. Here are a few of many examples:

* Bannon joined my organization, the Zionist Organization of America, in fighting against anti-Semitic rallies at the City University of New York. He required his Breitbart reporters to repeatedly call CUNY officials and New York Gov. Andrew Cuomo’s aides, urging them to do something to curb these vicious anti-Semitic demonstrations.

* Breitbart courageously publishes articles reporting that the Palestinian Authority defames Israel with blatant falsehoods. On Sunday, Breitbart reported: “The Palestinian Authority’s official TV network has been airing a video several times a day baselessly accusing Israel of poisoning former PA President Yasser Arafat and further claiming that Israel is targeting current President Mahmoud Abbas next. Arafat died at the age of 75 on November 11, 2004, just outside of Paris. A French forensic team examined his remains and concluded that there were no traces of poison in his body. Nevertheless, every year around the anniversary of his death, the PA disseminates the libel that Israel murdered him.” (The emphasis is in the original.)

* On Monday, Breitbart reported the human cost and pain to a Jewish student at the New School of finding a swastika scrawled on her dorm room door.

* Breitbart bravely publicizes Iran’s violations of the nuclear rollback deal that pose an existential threat to Israel. On Sunday, Breitbart reported that “[d]espite a finding published by the UN’s atomic energy agency this week that Iran has — for the second time — stockpiled more heavy water than permitted under the terms of the nuclear agreement it reached with six world powers last year, the US State Department is declining to acknowledge this as a violation of the deal.”

Similarly, during the 2015 Iran deal debates, while other media and anti-Israel groups were publishing countless articles condemning Israeli Prime Minister Benjamin Netanyahu and praising the catastrophic Iran deal, Breitbart reported in detail Netanyahu’s webcast address to the American Jewish community making the case why “the nuclear accord between the Iranian regime and world powers is a deal that endangers Israel’s existence as a sovereign state.” 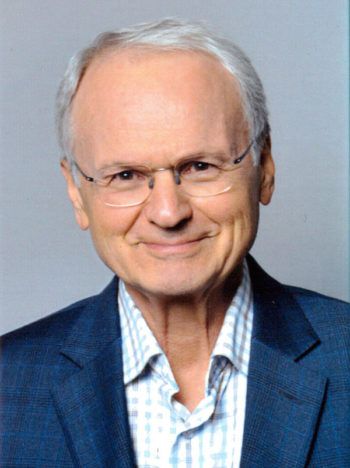 Morton A. Klein (Courtesy of the Zionist Organization of America)

* Also, while actual anti-Semitic outlets twisted the 2010 Mavi Marmara incident and blockade of Gaza into occasions to falsely blame Israel, Breitbart has accurately described what occurred.  For instance, on Nov. 17, 2015, Breitbart explained that the Mavi Marmara’s “passengers fired guns, threw flash grenades, and attacked Israeli commandoes with knives and bars …  [and] took Israeli personnel hostage. The Israeli naval commandos eventually fired back, killing nine ‘activists.’ The report went on to say, “The purpose of the blockade is to prevent shipments of weapons to Gaza, as well as supposedly ‘humanitarian’ supplies that can be repurposed for military uses, such as concrete that Palestinian terror groups like Hamas use to build underground tunnels.”

On behalf of myself and the ZOA, I thus welcome the appointment of Stephen Bannon as chief strategist to the incoming Trump-Pence administration.

I also have to ask: Would President-elect Trump’s extraordinarily pro-Israel advisers such as Newt Gingrich, Rudy Giuliani, Mike Pence, Mike Huckabee, Sheldon Adelson, and Orthodox Jews Jared Kushner, David Friedman and Jason Greenblatt ever allow an anti-Semite/Israel hater to work with them? Would Trump’s Orthodox Jewish daughter and adviser Ivanka, whose children attend an Orthodox day school, ever allow an anti-Semite to work with her father?

And given that the president-elect’s platform on Israel is the strongest pro-Israel platform ever, would an anti-Semite be appointed to implement that platform?

I also must ask why Bannon bashers failed to complain when Hillary Clinton advisers and major donors included such harsh critics of Israel like George Soros, or when such critics were placed on the Democratic Platform Committee to determine Arab-Israeli policy.

To now level a phony, indefensible anti-Semitism charge at a friend of Israel and the Jewish people is more than absurd and reckless. It shows an absolute lack of integrity by those promoting this painful and ugly lie.

(Morton A. Klein is the national president of the Zionist Organization of America.)