The verdict is in: Rabbis should say yes to officiating at interfaith weddings 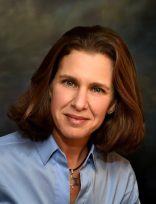 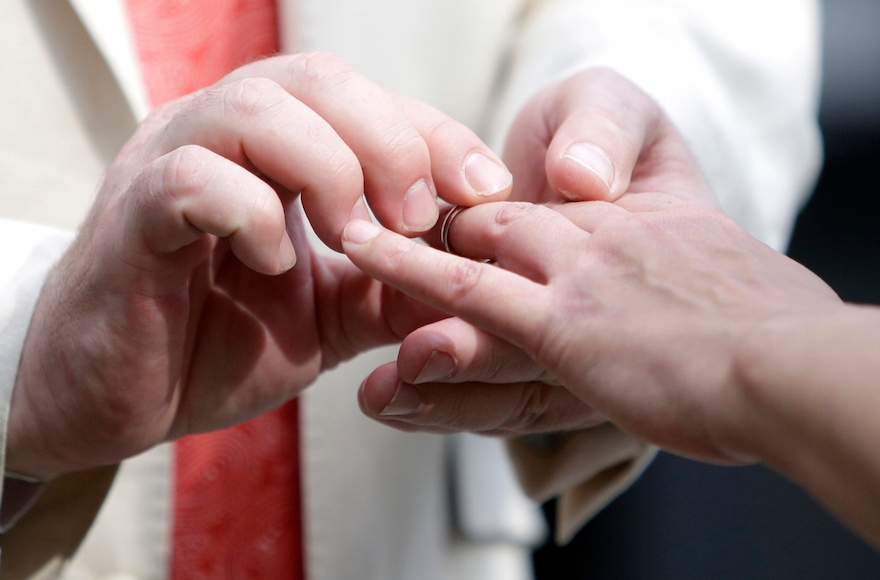 (JTA) — Newsflash: “A rabbi under the huppah may boost Jewish engagement in intermarried homes,” according to a study released this past month by the Brandeis University Cohen Center for Modern Jewish Studies.

That’s welcome new data but no news for us, two New York-area rabbis trained at the Jewish Theological Seminary who have each made personal and professional sacrifices in seeking to find alternatives to the movement’s ban on rabbis officiating at intermarriages. But the findings do reinforce what our guts have been telling us for a long time: the moment for serious communal deliberation and decision is now. With intermarriage rates outside the Orthodox community as high as 71 percent according to the 2013 Pew study, for the American Jewish community this is a pressing priority today.

“Under the Chuppah: Rabbinic Officiation and Intermarriage” affirms the commitments so many of us have undertaken to enfranchise multi-heritage families within the Jewish community by officiating at their weddings. 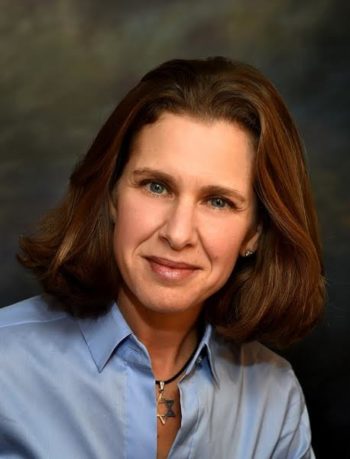 The key finding? When rabbis agree to meet with intermarried couples, officiate at their wedding and help guide them into building families, an overwhelming majority of these couples choose to make the Jewish community their home.

Even when controlling for gender, Jewish background and college Jewish experiences, the “sole Jewish officiant” marriages demonstrate Jewish engagement at dramatically higher levels than intermarried couples, on metrics like raising their children as Jews, joining a synagogue, sending their child to a Jewish pre-school, attending religious services, celebrating Jewish holidays, consuming Jewish or Israeli cultural content and contributing to Jewish and Israeli causes.

While differences persist between both sets of intermarried couples and inmarried couples with regards to some observances like Shabbat, interfaith marriages conducted by a sole Jewish officiant definitively display stronger connection to Jewish life and community. We are hopeful that it will motivate other Conservative Jewish leaders to forge ahead with efforts to embrace these families within an evolving framework of progressive halachah, or Jewish law, and sanctify their ongoing connections to the Jewish people and to the Jewish future.

While we both come from Orthodox backgrounds and identify as LGBTQ, our journeys to this place have followed different paths. One of us spent 20 years as a community rabbi with membership in the Conservative movement’s Rabbinical Assembly refusing to officiate at an intermarriage. Three years ago, she decided to withdraw from the RA in order to stand with, officiate for and guide such couples who are seeking to root their lives and their future in the Jewish community.

The other spent decades as a spiritual teacher and dramatist bringing Jews and others into deep relationship with biblical text and tradition and who did officiate at multi-faith weddings as part of the effort to build inclusive Jewish communities. He is now a member of the RA as a newly ordained rabbi, most recently choosing to abstain from officiating at all weddings while exploring a viable solution within halachah that will enable rabbis to officiate at weddings of Jews and those of another heritage who are not, or not yet, converting to Judaism.

Both of us have worked with intermarrying couples whose desire to be married by a rabbi was part of a deeper commitment to Jewish life. Both of us have seen first-hand the difference our presence made as they envisioned lives inspired by Jewish values and practice, often joining our communities. Both of us have seen the fallen faces and felt the pain of those we had to, literally and spiritually, turn away. Our shared sense of urgency and need for collective action, along with that of many colleagues in the Conservative movement, finds powerful resonance in this latest data.

Several weeks ago we attended the Interfaith Opportunity Summit in Philadelphia convened by InterfaithFamily. It brought together several hundred leaders from across the Jewish spectrum. Leonard Saxe of Brandeis University presented the new study at the opening plenary. Throughout the day questions and concerns about the direction of the Conservative movement were raised, primarily by those affiliated with it — practitioners and educators yearning for resources and searching for possibilities with which to embrace the growing numbers of intermarrying families within their communities who desire, require and deserve their leadership.

In February 2015, the Shalom Hartman Institute convened a small gathering of Conservative rabbis with varying positions on the issue to delve deeply into the historical, sociological and halachic dimensions of intermarriage.  Some of us who are eager to explore possibilities for ritual creativity and halachic sensitivity around intermarriage subsequently created an independent working group. It meets regularly to consider what alternative Jewish wedding ceremonies might look like within the framework of the Conservative movement. Another group has formed to examine the reclaiming of biblical and Talmudic status that confers membership in the Jewish community on gentiles who choose to live with us though not convert. As more colleagues learn of our efforts, we receive continuous requests to join in the conversations.

We realize, of course, that correlation does not indicate causation. We can’t simply assume that rabbinic officiation at intermarriages produces higher rates of Jewish engagement. Perhaps couples who desire a rabbi as the sole officiant already have a greater personal comfort with Jewish engagement. And yet we cannot discount the potential impact upon their future Jewish choices of a rabbi who welcomes them as they form their family, who conveys the sacred responsibilities and privileges of Jewish life as they consecrate their love and who creates space and value for them within the Jewish community. 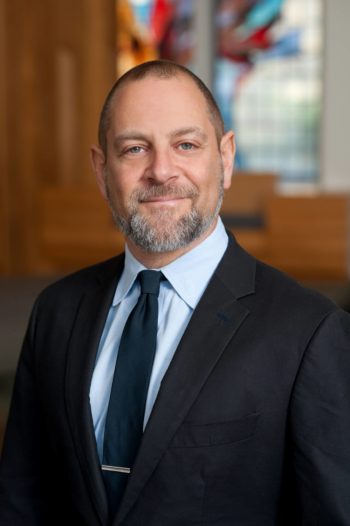 As the open-sided huppah beckons for the marrying couple’s home to be filled with family, friends and community, we urge our colleagues to seek an authentic path leading both to and beyond that wedding canopy into the Jewish lives that await our mentoring and our nourishing.

While our country is reeling from a dramatic political upset and the uncertainty it has unleashed, people are wondering how our multivalent American identity will continue to evolve in the coming years. Will we recede into our binary-driven racial and ideological silos and risk further social fragmentation and even physical aggression? Or will we recommit to building the bridges of respect and love that link our destinies one to the other? The question is urgent not only for us as Americans, but equally for us Jews.

This year Christmas Eve coincides with the first night of Hanukkah. How can we help ensure that Jewish relatives arrive at these celebrations with the light of their Jewish identity and that of their own family’s burning bright and proud? How can we help ensure the ongoing commitment to Judaism and Jewish life among those whose destinies have taken them beyond the confines of our communities? For us, and for many others, the question is, how can we not?

We take this moment to express our thanks for the privilege of being rabbis trained in the Conservative movement’s mission of securing the ongoing relevance of Judaism and its resonance for individuals and families living in an increasingly complex world. We are no less grateful for and humbled by the responsibility with which we’ve been invested to ensure that our canopies and tents are as wide and welcoming as were Abraham and Sarah’s long ago, and as we are determined for them to remain.

(Rabbi Adina Lewittes is the founder of Sha’ar Communities in northern New Jersey. Rabbi Amichai Lau-Lavie is the founder and spiritual leader of Lab/Shul NYC.)