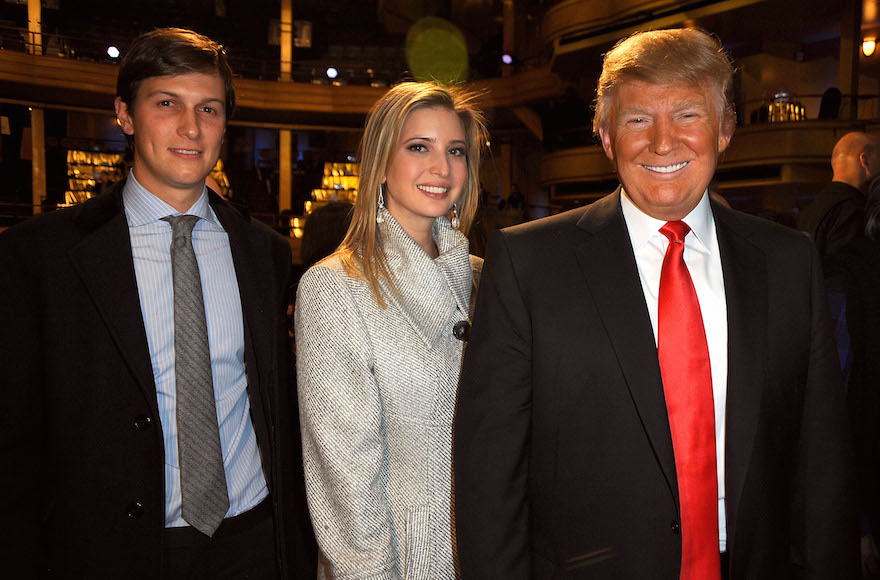 Kushner, the scion of a prominent Orthodox Jewish real estate family from New Jersey and the husband of Trump’s daughter Ivanka, told Forbes that Trump’s history proved he was not racist or anti-Semitic.

Kushner said time would show that Trump, 70, would not allow “hateful rhetoric or behavior” in his administration.

“I just know a lot of the things that people try to attack him with are just not true or overblown or exaggerations. I know his character. I know who he is, and I obviously would not have supported him if I thought otherwise. If the country gives him a chance, they’ll find he won’t tolerate hateful rhetoric or behavior,” Kushner said.

Trump, who has garnered enthusiastic support from prominent white nationalists, has called Mexican immigrants rapists and urged a ban on Muslim immigration to the U.S. On the eve of the election, his campaign released an ad that critics saw as having anti-Semitic undertones. The ad promised he would fight an international global power structure and featured images of several prominent Jews in the financial world. Some Jewish leaders slammed the ad, but Jason Greenblatt, one of Trump’s lawyers and a prominent Jewish campaign surrogate, dismissed accusations of anti-Semitism.

The Forbes article, published online Tuesday and due to appear in the magazine’s Dec. 20 edition, is the second time Kushner has spoken out to defend his father-in-law from anti-Semitism charges. In July, he defended Trump after a journalist at the New York Observer, which Kushner owns, called out Trump for tweeting an anti-Semitic image. 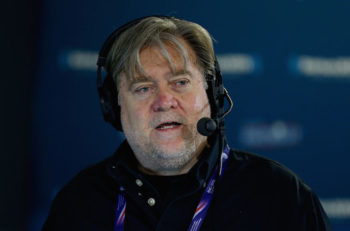 Kushner also voiced support for Stephen Bannon, who was recently named a senior advisor in the Trump White House. Bannon is the former CEO of the news site Breitbart, a conservative news site accused of publishing anti-Semitic, misogynist and racist articles.

“All I know about Steve is my experience working with him. He’s an incredible Zionist and loves Israel,” Kushner told Forbes. “He was one of the leaders in the anti-divestiture campaign [targeting Israel]. And what I’ve seen from working together with him was somebody who did not fit the description that people are pushing on him. I choose to judge him based on my experience and seeing the job he’s done, as opposed to what other people are saying about him.”

The article also noted that the office of Kushner Companies, of which Kushner is the CEO, has several objects displayed that assert Kushner’s Jewish background, including a leather-bound copy of the Mishnaic tract Pirkei Avot in the reception room and silver mezuzahs on office doors. The boardroom features an oil painting of his Holocaust survivor grandparents, according to Forbes.