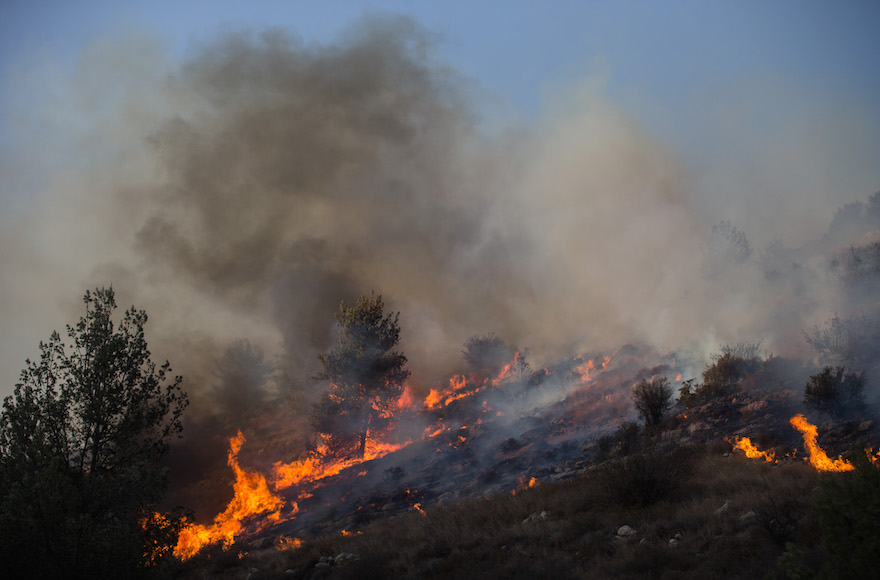 Fire fighters trying to extinguish a forest fire that broke out in the forest near the Nataf nature reserve, outside Jerusalem, Nov. 23, 2016. (Yonatan Sindel/Flash90)
Advertisement

According to a statement from the Prime Minister’s Office, he made the calls after visiting the fire-fighting command center near Zichron Yaakov, located at the southern tip of the Carmel Forest in northern Israel. On Tuesday and Wednesday, fires in the area destroyed at least 10 homes and damaged dozens of others.

Several adults and children were treated for smoke inhalation. Thousands were evacuated from the city. At least 30 firefighting teams, 12 military firefighting units and four planes were working to control the blaze.

Public Security Minister Gilad Erdan said on Wednesday that some of the fires started around the country were accidents and some are believed to be arson.

High levels of pollution have been measured in the areas near the fires.

High winds are expected throughout Israel through Thursday with dry conditions continuing.