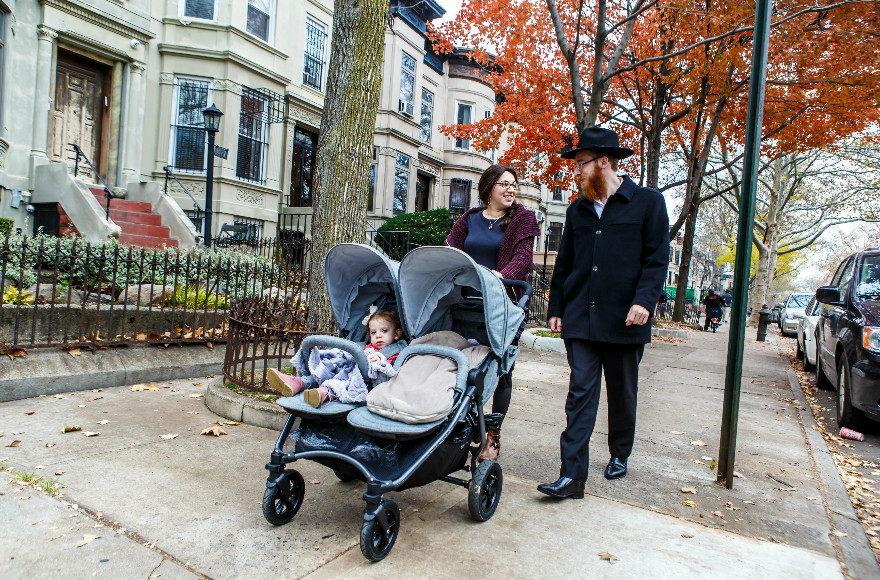 Chabad-Lubavitch emissaries Rabbi Mendel and Mussie Alperowitz, and their two daughters, ages 18 months and 2 months, will soon be moving to South Dakota to establish a Chabad-Lubavitch center that will cater to the state's Jewish community. Photo by Eliyahu Parypa/Chabad.org
Advertisement

(JTA) — Chabad will open a Jewish center in South Dakota, meaning it will now have a presence in all 50 states.

The announcement of the center in Sioux Falls was made Sunday night at the final banquet of the International Conference of Chabad-Lubavitch Emissaries in New York City to a crowd of 5,600 rabbis and guests from 90 countries.

The center is set to open this winter under the direction of Rabbi Mendel and Mussie Alperowitz, currently of Brooklyn, New York, according to Chabad.org.

The appointment comes as the organization marks 75 years since the last Lubavitcher rebbe, Rabbi Menachem Schneerson, and his wife, Chaya Mushka, arrived in the United States from war-torn Europe in 1941.

Chabad-Lubavitch has been serving Jews in South Dakota for more than half a century, since the establishment of the Merkos Shlichus, or Roving Rabbis, program, which dispatches young rabbis and their wives to small and isolated communities in the United States and around the world.

The number of Jews residing in South Dakota is estimated to be about 400, but Mendel Alperowitz estimates it may be as high as 1,000, with many arriving in recent years to work in the state’s growing financial and health care industries, according to Chabad.org.

The couple visited Sioux Falls last year for a week, including during the Purim holiday, and then returned twice, most recently for Sukkot in October.

“It was inspiring for us to see people who really gave their all to maintain communal infrastructure for decades,” Mussie Alperowitz told Chabad.org. “We felt an instant connection with the people we met, and people asked us if we would consider opening up a permanent center.”

Though they will be based in Sioux Falls, the couple plan to travel to other Jewish communities in South Dakota and visit Jewish individuals throughout the state, including prisoners.

There are two active Reform synagogues in the state, Mt. Zion in Sioux Falls and the Synagogue of the Hills in Rapid City. Neither has a full-time rabbi.