Top US firefighters ‘dropped everything’ to help Israel battle the blazes 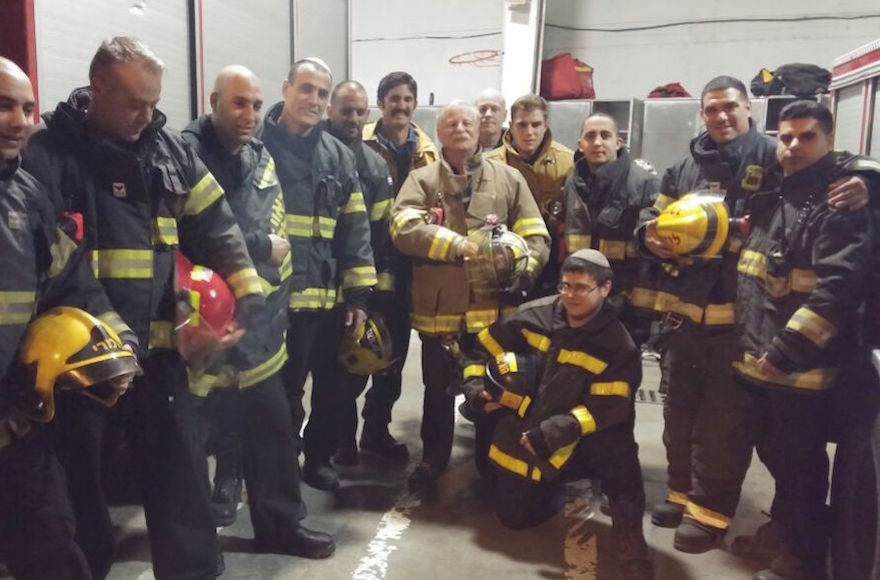 American and Israeli firefighters posing for photographs after returning from a call in Jerusalem, Nov. 27, 2016. (Courtesy of Emergency Volunteers Program)
Advertisement

Dozens of firefighters from across the United States put their lives on hold – leaving behind jobs and families – to help subdue the wildfires that swept Israel over the past week. While they all share a love of Israel, only a handful of them are Jewish.

“We’re just firefighters. When guys hear about a situation like this one, where the Israelis are working as hard as they can, they want to come help,” said Billy Hirth, a Protestant who retired last year after a 24-year career as a firefighter in Arlington, Texas, and has been coordinating the American effort from Jerusalem.

“It’s a brotherhood. Firemen are firemen,” he said.

Hundreds of fires flared up in Israel starting Tuesday, forcing tens of thousands of people to flee. Some 32,000 acres of forest and brush burned along with hundreds of homes and businesses.

Israeli authorities said the fires started because of an unseasonably long dry spell and high winds, and then were exacerbated by Palestinian and Arab-Israeli arsonists with nationalist motives. 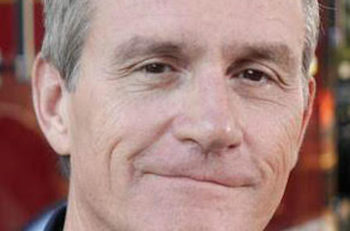 On Friday, Israel’s Public Security Ministry formally requested firefighting help from the Emergency Volunteers Project, a network of over 950 American volunteers and professional first responders. By Saturday evening, with the fires coming under control, the firefighters started arriving at Tel Aviv’s Ben Gurion Airport, from where they were schlepped to overstretched fire departments across the country.

Some went to work battling the remaining wildfires and those that flared up Sunday, while others chipped in with routine firefighting. The Israeli stations remain on high alert, with firefighters having worked grueling shifts over the past week.

“Many of the firefighters here, including myself, had been working for over 90 hours straight,” said Oren Shishitzky, a spokesman for Israel’s Fire and Rescue Authority. “Because most of the Americans were trained in Israel, they are familiar with how we operate, and they were able to easily relieve some of the burden on the crews, whether with regular fire response in local districts or in extinguishing the remaining wildfires.

“I cannot emphasize enough our appreciation that these guys dropped everything around the Thanksgiving holiday to come here.”

Adi Zahavi, 39, founded the Emergency Volunteers Project in 2009 after serving as an overwhelmed first responder during the second intifada and the Second Lebanon War. He set out to prepare willing Americans to help in future crises, from wars to terrorist attacks to natural disasters. Training sessions are held in the United States and Israel. The deployment of the volunteers is coordinated with Israeli authorities. 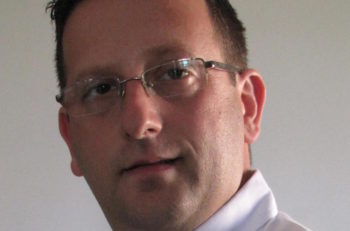 Of the 39 firefighters now in Israel, 33 are full-timers, including the first female firefighter the group has brought to Israel, and six are part-time volunteers. Several, including Hirth, also came to Israel during the 2014 Gaza war, when the south and center of the country were bombarded with rockets. Many are now working alongside firefighters with whom they have built friendships during training.

“The quality of the American firefighters that have arrived is excellent,” Shishitzky said. “They are elite firefighters, with years and years of experience. Many are veterans who serve in some of the best departments in America.

“Where there are distinctions in training and practice, those were overcome long ago with the training we have conducted.” 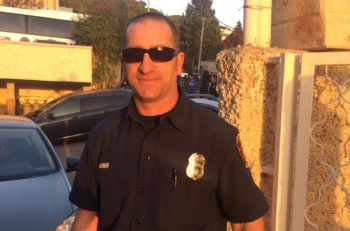 Elan Raber, 42, is one of seven Jews among the firefighters. He flew in Sunday morning from Los Angeles, where he works for the city fire department. Raber is familiar with the station he is serving at in Petach Tivkah because he trained there with the Emergency Volunteers Program.

He said he has been responding to routine calls, like traffic accidents, elevator accidents and reports of smoke.

“I was here last year and really bonded with the guys, so I wanted to come back. They do have pretty steady action and a lot of equipment to get familiar with,” Raber said. “We’re coming in here while these guys have already been up for three, four days. We can basically help them out and be on standby if the wildfires come back.”

Having been born in Israel and served in the Israel Defense Force, Raber views being here as a part of his “calling.”

“Unfortunately, there’s a lot of bad press for Israel, so I hope to show that people are willing to drop everything to show solidarity with the people of Israel. I think people see that, and it’s a good thing. Firefighting was my calling, so I’m happy to help out,” he said.

A fellow Jew on the other side of the country helped bring Raber to Israel on short notice. Eli Row — the Orthodox Jewish owner of Jet911, an air ambulance company based in the Queens borough of New York City — scrambled to arrange flights for the firefighters over Shabbat, something that Jewish law requires if it could mean saving lives. Row landed in Israel on Monday afternoon to thank the American firefighters for their service.

Back in the U.S., 25 firefighters are standing by in case the wildfires again begin to spread. If not, and the weather conditions improve as hoped, the firefighters in Israel are to return home at the end of the week.