How Israel is courting tourists from India and China 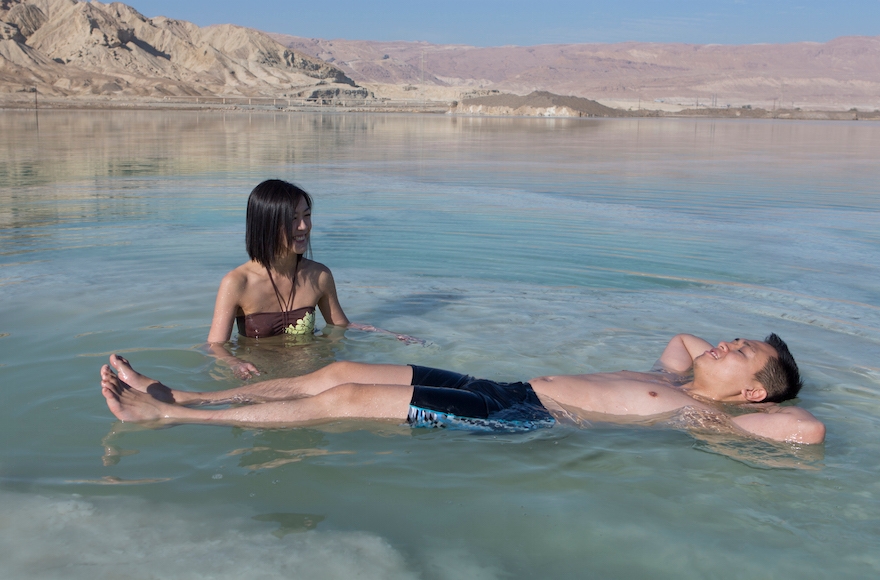 The Israeli government is taking several initiatives to promote Israel as a destination for tourists from India and China. (Itamar Grinberg/Israeli Ministry of Tourism)

TEL AVIV (JTA) — When Bollywood star and Indian fashion icon Sonam Kapoor appeared on the cover of the June-July issue of Harper’s Bazaar Bride, India, she did so wearing a sheer pink confection and a radiant smile.

Behind her sprawled the Old City of Jerusalem.

It wasn’t happenstance. The Israeli government — keen to tap into a growing Asian middle class who are armed with passports and eager to explore the globe — has thrown its weight behind a number of creative efforts to promote Israel as a destination for tourists from India and China.

Kapoor, a fixture in Bollywood films and the daughter of renowned Indian actor and producer Anil Kapoor, came to Israel in May as a guest of the Israel Tourism Ministry. The hope is that A-list celebrity endorsements, in the form of social media posts, will translate to millions of shekels in tourist visits down the road.

In the two years since the Gaza War, with tourism still sagging and hotel stays 22 percent lower than in the months before the war, the Israeli government has doubled down on its efforts to woo Asian visitors. Call it the new frontier for Israeli tourism: When it comes to courting visitors, there is no doubt that the Holy Land is looking east.

“India and China both have a huge economic potential, a huge number of people, and have shown huge growth in the number of people traveling overseas,” said Pini Shani, the director of the Overseas Department at the Israeli Ministry of Tourism.

Celebrities, of course, are key to tapping into that potential. Kapoor chronicled her trip with a flurry of Snapchat selfies, which saw her visiting sites around the Old City and showing off a series of big sunglasses in taxis on the way to Tel Aviv and the Dead Sea with gushing captions like “Meeting incredible people through my travels is such a plus!”

While Kapoor came to Israel for the Harper’s layout — the photo shoot featured her frolicking in the streets and alleyways of ancient Jerusalem wearing a number of stunning gowns by both Indian and Israeli designers — she intended to take in a few quick tours of Jerusalem’s holy sites. But according to reports in the Indian media, she and her mother, who accompanied her on the visit, were so smitten by the country that they chose to stay longer.

In August, just after the magazine appeared on newsstands, the Israeli Tourism Ministry kicked off an approximately $1.5 million campaign in India, unveiling a symphony of television ads, print media endorsements and shout-outs on social media, as well as a dedicated website for Indian travelers to Israel.

Such a campaign is not unprecedented; the ministry drew upon its success two years earlier in courting Chinese visitors. The previous drive began with celebrity endorsements that garnered nearly double the amount of Chinese visitors to the Jewish state, year over year.

Back in 2014, just months before the start of the Gaza War, a Chinese film crew crowded the stark bank of the Dead Sea filming a scene for “Old Cinderella” — a Chinese blockbuster starring Zhang Jingchu about a May-December love triangle that played well in the world’s most populous country when it opened a few months later. Among the elements that made “Old Cinderella” beloved by Chinese viewers — an aging female protagonist, a dashing young suitor and a romantic ex-husband determined to woo back his ex-wife — there was also a surprising amount of stunning Israeli scenery to accompany the soapy dialogue.

“Old Cinderella” filmed in Israel after receiving an approximately $130,000 investment from the Israeli government, which offered its cash injection after being assured that the millions of Chinese viewers who would watch the film would also be treated to sweeping images of Israeli scenery.

The filmmakers wrote the country into the plot, with the female lead deciding amid a life crisis to restart her career and become a tour guide. It is during a guided tour of the Holy Land, of course, that the bulk of the film’s action occurs.

Zhang isn’t the only Chinese movie star popping up at Israeli tourism sites. A month earlier, actor Liu Ye was hosted by the Israeli Ministry of Tourism and granted an honorary title — tourism good will ambassador — for playing his part to promote Israel in his home country.

“I was very impressed by the harmonious and secure local atmosphere,” Liu — whose wife is a French Jew — was quoted as saying.

The government’s efforts to court Chinese travelers paid off: Visits to Israel this June rose a whopping 93 percent over June 2015, bolstered by three new nonstop flights each week from Beijing to Tel Aviv on China’s Hainan Airlines. Also helping were two major achievements from the Tourism Ministry: the cancellation of group visa fees (which were about $9 a person) and the extension of multiple-entry tourist visas up to 10 years.

Visitors from India in 2015 increased 13 percent over the previous year, and the Israeli government opened its first tourism office in Mumbai last year.

As demand from Asian tourists increases, hotel chains are doing their best to keep up. They are rushing to train chefs in Chinese and Indian cooking flavors, and hosting special workshops on spices and cooking preparations in order to better please their guests’ palates. 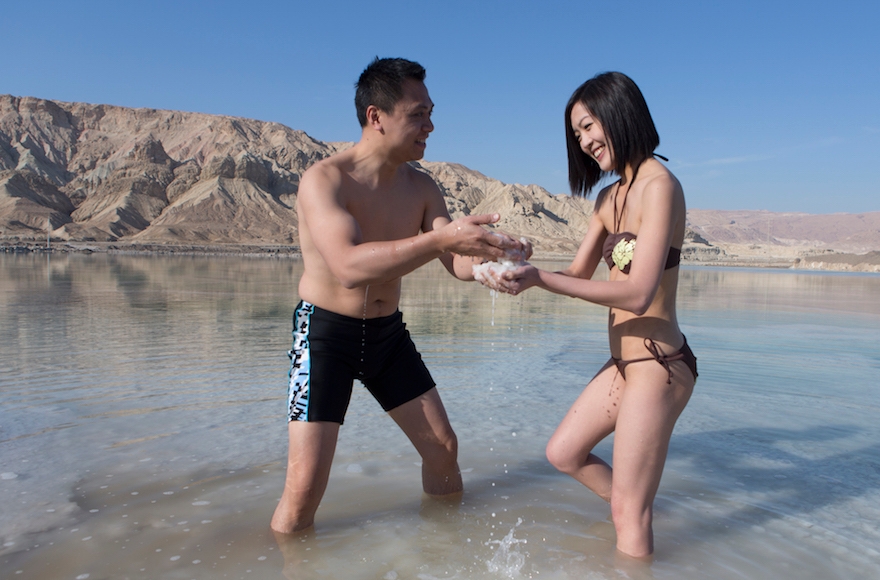 In November 2015 — just after opening the Mumbai tourism office — the Israeli government hosted four Indian celebrity chefs, who in exchange for guided tours of the country gave a series of workshops to hotel chefs on how to prepare Indian dishes. The same month, a quartet of Chinese chefs came to Israel, and at workshops at the Tadmor Hotel in Herzliya and the Dan Gourmet Cooking School in Tel Aviv, they led lessons for Israeli chefs on Chinese spices, oils and preparation of dishes like fried tofu.

Meanwhile, a new government course for Mandarin-speaking tour guides has opened in Israel. Nearly 30 Chinese immigrants to the country — mostly native Mandarin speakers who married Jewish Israelis and earned citizenship in the process — have now passed the certification process to be licensed tour guides.

“There is tremendous demand,” said Noam Porat, a tour guide coordinator who helps run the Chinese-language course for would-be guides. “My students are working around the clock. When you compare them to a normal Israeli guide who speaks English and maybe one other language, there isn’t nearly as much business [as there is for Chinese-speaking guides].”

Yang Cheng, a 33-year-old tour guide originally from Huwan, China, who now works on the Asian desk of the tour company Vered, chalks up the demand to a shift in the way Israel is viewed.

“The perception of Israel is changing in Asia,” she said.

Yang points out a fact that the Tourism Ministry is also aware of — Israel may not be the very first choice of travel for Asian tourists, but in a population already mobile and logging air miles, it’s a destination that will still eventually make it to their list.

“The Chinese actually come here with lower expectations,” she said. “This is a good thing because they can’t be disappointed. They hear about Israel on the news, they become curious about it, and when they come here it’s actually peaceful and beautiful. So they go home and tell their friends and relatives, and suddenly you have Chinese tourists who are ambassadors for Israel.”