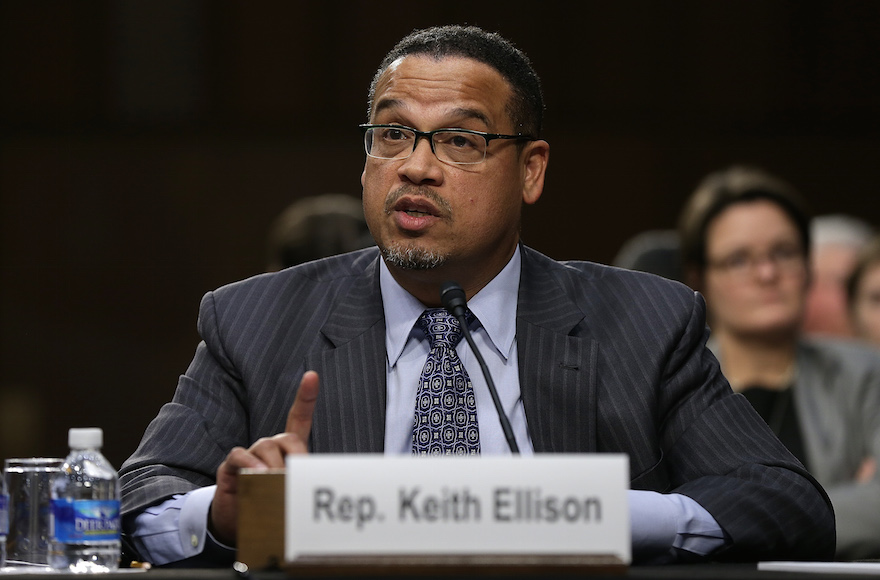 (JTA) — The Jewish president of a U.S. teachers union came to the defense of Rep. Keith Ellison, slamming claims that the Minnesota congressman holds anti-Semitic views.

On Saturday, Randi Weingarten of the American Federation of Teachers praised Ellison as “an agent of change” and called claims that he held anti-Semitic views “maddening.” Ellison, the first Muslim elected to Congress, is a leading contender to head the Democratic National Committee.

“I can feel and smell anti Semitism. Keith Ellison is no anti-Semite, and it is maddening when anyone who doesn’t know him or his record makes that ugly accusation,” Weingarten wrote in a Facebook post in which she called herself “a proud American Jew and a progressive Zionist.”

“There’s a lot of anti Semitism and Islamaphobia in the world. Don’t pretend it exists in Keith Ellison’s heart or soul,” she concluded.

Ellison’s criticism of Israel has brought tension among Jewish groups, which intensified last week with the publication of a 2010 recording in which the lawmaker said that American foreign policy is “governed” by Israeli interests. 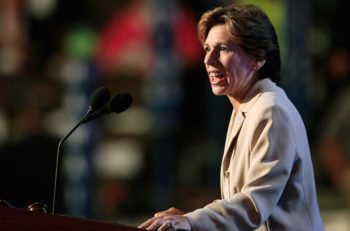 Ellison has come under fire from Jewish groups for his sharp criticism of Israel in his youth, which was spent as an activist with the Nation of Islam and defending some black nationalists who had hostile relationships with the Jewish community.

He distanced himself from his earlier activism, but the release of the 2010 recording threatened to undo improved ties with the Jewish community.

American-Israeli Haim Saban, a major Democratic donor, said Ellison’s positions, statements and voting record showed that “he’s clearly an anti-Semite and anti-Israel individual,” and said his election as DNC chairman would be a “disaster for the relationship between Jews and the party.”

“It is time to retire the playbook that aims to silence any American official seeking high office who has dared to criticize certain Israeli government policies,” said a statement Friday from J Street, which noted it was not endorsing Ellison for the DNC spot.